I have a bias to admit and a reason for reading this story. I read this story out of peer pressure, in a way--so many other people seem to be reading it. I am a professional freelance editor and a sf/f writer.

PLOT/PACING
Another bias of mine does have to do with writers writing about writing. It's overdone, so I admit that I dislike it when I see it. That said, I like the idea of a Big Brother type of publishing house. But it just seemed too long for what it was. You could sum up the story: writer writes story, is rejected, doesn't accept rejection, the powers that be are annoyed. This sounds like a lot, and it really could carry something of this length. ... if there was more tension supporting it. There was really no tension about it, and I found myself having to fight myself to read it.

CHARACTERS
The characters come through fairly solidly. I get that we have a fighter and an adversary; they seem strong and were what interested me in the story.

SETTING
None. I have no idea exactly where and when we readers are supposed to be, in any way. This reads as if it is supposed to be another world or somehow different, but I don't know how. A clear setting didn't come across.

GRAMMAR
Commas are missing throughout. No commas in direct address, no commas to set off dialogue--occasionally, just no commas. However, semicolons and periods are mostly used correctly. So I thought the author deserved points for that.

Overall, I think there is a great deal of potential for this story, if it is fleshed out a bit in places and tightened up. It's an interesting idea. It has a Paper Magician feel, a book (and series) I love. But it doesn't communicate the setting well enough to have a firm grasp of the story's foundation.

I absolutely love this author. As a reviewer, I think it's only fair to reveal that I'm entered in this contest, and I'm a professional editor. So I have my biases. But the author here has such a punchy style, so very little "to be" verbs dragging the story down. It was all punch. I'm extremely curious as to what it means to be initiated as a Shade. The dialogue is natural; the pacing is fast; the characterization is strong in that there is a certain feel that each individual has; the setting is scant, but in a story like this, that makes sense, considering much of the story was a Live or Memorex? feel; the plot is original and interesting. A person being initiated to his Shade. Sounds like a wedding to your dark side. So I absolutely loved this and will be excited to read more. The ONLY negative is the grammar and use; it needs somewhat heavily edited for grammar and use. Missing commas everywhere, words misused, etc. Other than that, lots of luck to the author!

I decided to write this review because the author posted in one of the groups that she wanted an honest review. She seemed sincere in her request, so I decided to review. In the interest of truth, I am a professional editor. I am also entering this contest, but there's not much to win, imo, so I'm primarily doing it for fun. I'm not IN ANY WAY judging her on a savvy ability to get votes. I praise her for that.

PLOT - I'm not entirely sure what it is. There are obviously some bratty characters. There is a queen and king. But as far as I could tell, it was just family members fighting. Maybe there's something here, but I don't know what it is. There is no clear plot that I could discern.

SETTING - This was a fair strength. I could sense a certain kind of fantasy setting that very obviously wasn't the past but also wasn't some sort of monarchy in the present. This is the author's strength, imho.

PACING - The pacing was fast because there was almost nothing but dialogue.

DIALOGUE - Sigh. This is where I have a major issue. I have a 6 year-old. I'm around other children of that age fairly regularly, and there is no way I would be cool with my kid calling me an "ass plug." The dialogue is absolutely ridiculous. My guess is that the author is very young and is projecting her youth onto her characters. That can be useful, but I don't know a child who speaks like that to their parents.

CHARACTERS - I could differentiate because there was the king and queen and bratty children, so in the most stereotypical sense, they had personalities. The king and queen only yelled at their children rather than discipline them and the "brats" just didn't do what they were told. So we have brats and parents who don't bother to care for their children. Why, as readers, should we care about them? At least make your kid go to her bedroom, for goodness' sake.

QUALITY OF PROSE
Choppy, at best. There were places that flowed somewhat smoothly. But in places, it was hard to tell which pronouns belonged to what character; there was a lot of incorrect comma placement, an incorrect semicolon, and consistently incorrect usage of royal titles. The quality was low enough to distract from the story.

Overall, the author clearly is strong in setting and pacing. She just needs to work out the plot. I realize it's a first chapter. A first chapter should have correct use. It should set up the characters, but more importantly, it should get the plot, whatever it is, moving. It should have dialogue that's at least *somewhat* believable and some character to care about. It is my belief that the author is likely young and is bound to improve quite a lot in time. A person who cares about her work always does. 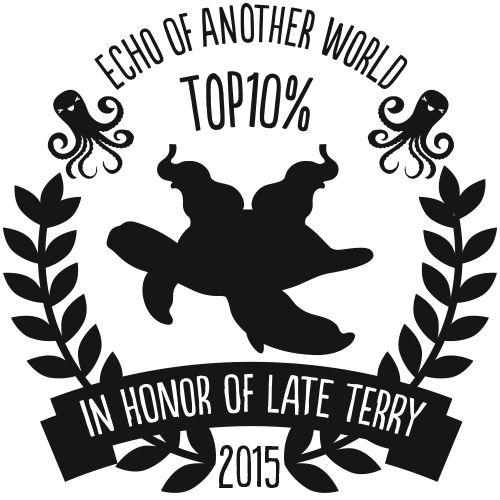 Top 10% in Another World