Dove// 21// She/Her// College student// Author// Thank you for reading my stories! I'm grateful for any and all support I receive. 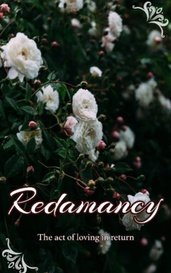 Elaine Lorence is a servant girl in the high-noble household of Braegon. While not royalty, the family controls a large territory of the kingdom it's within. Prince Nikola Braegon is next in line f...

This story starts out feeling something like a children's book. The first few chapters have that sense of wonder and excitement that I'd expect from similar works in the "dragon rider" genre. However, in Chapter 8, that.... changes. There's a sudden DROP in mood and tone, with the story going from that "wonder and excitement" to something much darker. And while I'm not at all against darkness in stories, the change (including the assumed death of a major character) feels quite sudden. It was a bit of an "emotional whiplash" moment, honestly.

Overall, the plot is a mix of expected and not. There are quite a few tropes present throughout the story, which add to it in places and detract in others, but there are just as many places where some very original takes are present. The portrayal of dragons so far is surprising. It's not what I would have expected of a "dragon rider" story. I don't think I've ever seen one where the dragons are quite so cruel and violent. I like where it's going in that regard, and I enjoy the darker and more unique aspects of the story quite a bit. That said, in line with the tropes I mentioned earlier, the plot can be a little weak in places. There are a number of occasions where the story feels very /done/.

Worth mentioning, though, is the sort of "telepathy" system that the story employs. It's a fairly original idea, with a lot of aspects to it that I haven't seen done before for that kind of concept. I do feel like it could use better explanation and more clearly defined rules, but considering that the story is told from the point of view of a relatively young character, it does make sense that she wouldn't quite understand her power, either. I like what's being done with it so far!

As for technical skills, the author does just fine. There are a few grammar issues and places of awkward wording, but I don't have distinct issues. The style suits the subject matter well. The writing style isn't as polished as it could be, but in a way, that works well with what's being written.

As a whole, I enjoyed this story a fair amount! It's not exactly my taste, but it was a fun read as I was getting through it, and I hope that the author keeps going and gets through it well! :D

To start off, I'm loving the concept here! "Angel" themes in stories are something that I'm generally not a fan of, but Ariel's personality is doing it for me. So much. He's amazing. XD And by that I mean that I can't wait to see him figure out how much of a jerk he's being and get the messaged that oh yeah, soft lil' human is gonna take care of his sorry butt. The concept is really selling me, and the plot has been enjoyable so far. It reminds me of the kinds of things I'd write... so I might be a /little/ biased~

As for any problems with the story, it's mostly just writing style and minor grammar issues. There's nothing outright or massively /wrong/ with either, but there are just enough hiccups that I can't give a full five-star rating. Some general proofreading would be GREAT for minor errors (such as "padded her cheeks" versus "patted her cheeks"), and as for the style issues... that might be more of a preference thing? I feel like more practice (in a general sense) is really all the author needs to get that style flowing great!

So first of all, I'm liking what's going on here. The plot of the story is compelling and one that I wound up quite invested in. Lily's suffering is both heartbreaking and entertaining to read, and I feel like the author did a good job of setting her up to be a sympathetic character. The abuse she goes through at the hands of her "family" can be a bit overdone at times (and a bit too extreme to be realistic), but it definitely paints a picture of how miserable her life is. I feel bad for the poor girl. :(

The part about the werewolves wasn't exactly a surprise thanks to the cover, but in-story, it came as a bit of a shock. I'm guessing that the werewolf bit was what the author was intending to get to all along, but I think that it could have been worked into the story in a way that makes more sense. That said, I'm looking forward to where the author takes it— and seeing how well they elaborate on what's going on.

I'll also note that the sex scenes were... interesting. I kind of have mixed feelings about them. On one hand, the author captures the violating atmosphere of rape wonderfully, but a lot of the writing is quite awkward. Censoring "intimate" words also takes away from the immersion.

My main issue with the story is the grammar and writing style. While I am giving the author some credit for not having English as their first language, the way this story is written does make it quite hard to read. The paragraphs need more frequent breaks (as it is, I was looking at walls of text), there are incorrect words all over, and the grammar and punctuation are frequently lacking. General proofreading and editing would fix a lot of this, and I'd suggest that, for maximum quality, the author find a beta-reader who's a native English speaker to help go over it.

All of that said, I like the story! A fun tale of abuse and misery is always appreciated, and I'm enjoying what Lily's been through so far! Good job, and keep writing, please!

Alright! First of all, I /like/ how this story is starting. The author clearly has an idea of where they're going and how they're going to get there. While the story is just starting, I'm enjoying it! The pace is good, the chapters aren't too long or too short, and there's some solid characterization already. I like how the author has done character descriptions. With Astra's aunt and uncle, particularly, they came across very vividly. And of course, the story leaves me curious about what's next!

As always, mentioning the technical aspects, there are a few errors here and there. They're minor enough not to get in the way of reading, but still should probably be checked for. Other than that, the author's style is plenty good. Their writing conveys the mood of the story well!

Overall, I'm liking the start. I'm very pleased with how this story is going,

The plot is a little hard to place right now, but that seems to be because of how early on we are in the story. Since there are only three chapters so far, and I get the feeling there will be plenty more, I'm giving it some room for that. That said, what's here so far is solid. There's definitely something happening, and the only issue is that the readers don't know what that "something" is yet. I'm very curious as to where the author will take it!

My biggest issue with the story is the writing style. I'm giving the story a break because, according to the author's bio, English doesn't appear to be their first language, which explains the somewhat choppy style and the parts that are slightly... off. There's a lot of room for improvement there, and it did interfere with reading for me, but the fact that this is likely a work in a second (or even beyond that) language does excuse the problem quite a bit.

Next, I think it's worth mentioning that there seem to be some unfortunate stereotypes used in the story. Things such as "There are so many sports that women can do" come off as rather sexist.

However, the /good/ in this story is the characterization, for sure. There are clearly defined relationships between the characters that make sense. They're simple enough to be understandable, but still have layers and complexity that prevent them from being bland. The dynamic between Khali and Brady especially appeals to me. I can see a lot of strong sibling connections there, which greatly contributes to the story's themes as a whole. Additionally, and the part that I find most appealing, Khali's powers have /consequences/. That's good writing! I love that her abilities have drawbacks and hurt her instead of just being a benefit. I really appreciate the "realism" there.

Overall, this story is off to a good start! It has a strong beginning with a lot of things to like, and I think it'll grow into something impressive.

There isn't a whole lot of this story posted yet, so I don't know what direction the author is going in. That said, there's a lot of interesting ideas already! I love the creepy atmosphere and the feeling of wrongness. The moment with the "bunnies" letter was chilling, and the entire mood of the story is eerie. Everything is still normal, in a sense, but the reader can really feel that there's something very wrong. It's an excellent set-up for a horror story, and I believe the author will do well as it continues.

That said, there are heavy grammar errors throughout the story, mainly relating to punctuation and formatting. They interfere with the reading and make the flow somewhat awkward. The story would be much improved with some thorough proofreading.

I do like the story, though! There's a lot of fun things to be found here already, and if the technical issues are fixed, I think that the result will appear far more polished and read much better.