Hello, Readers! Please enjoy the selection of literature written by yours truly. Don't be afraid to comment, review, and like. past the second chapter. Thanks! 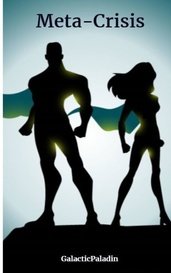 Fantasy / Other by GalacticPaladin • Ongoing • 3 chapters 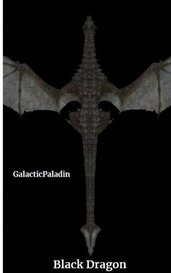 Monster. That is one of the ways Maxus Blak is described. Another is the Black Dragon, a title he inherited because of his shadow magic and dragon tattoo. As an unranked, unallied magician and a ro... 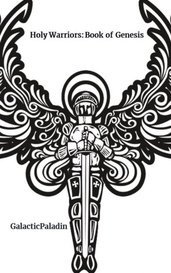 During the First Invasion, when the denizens of Hell attacked the Mortal Realm, the Three Thanes-Archangels who are the first line of defense for the Throne of Heaven and rule over the divine- coll... 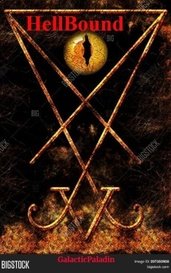 Brandon lost everything when his wife died. His career went down the tubes, his friends and family deserted him, his life is gone. That is until his passion in the occult helps him find a ritual th...

The dialogue definitely sets the tone of the story. It definitely inspires ideas of Lord of the Rings or like the legends of Camelot/Middle Ages. Keep at it!

Interesting in its own right, but not for me.

The story itself is definitely great to read! No questions about that. . Your scenery is vivid that it creates clear mental pictures, you capture the way children would talk in the dialogue, and the plot moves at a decent pace.
However, what was very off putting was the narrator's tone. Everything is descriptive, but it feels so passive to me at least. The narration feels like he would rather be watching tv or he's recounting second hand events rather than actually being there. It actually took some of the appeal away from the story for me.

This myth has always been one of my favorites, and the way you tell it makes me love it even more. How you bring your characters to life, not just in the usual way, but truly makes the characters come off the page. Your POV truly brings us into the world, as if we are standing in the throne room of Olympus. I also love how you put translations at the end of the chapters, its like a little candy. Like "Thanks for reading, here's a tootsie roll."

There are a few grammatical errors, but not enough to take away from the story overall. Otherwise, this is absolutely one of the best retellings of the myth of Hades and Persephone I have ever read and I can not get enough.

One of the Best I Have Read In A While

First of all, who did your cover, because it is gorgeous. Honestly, I love it, especially how it looks like your main character.

I'm gonna get the bad right out of the way, the speed is way too fast in the first 10 chapters. I found it very distracting on a few levels. It kind of left no room for world development, like I couldn't picture being in the world. It also felt like you were rushed, like the pacing was way too intense. I could see if this was a stream of consciousness and you wanted to get the idea on the page as fast as possible, but it would probably make more sense if you drag some things out. Like when Avalor was torturing Kelsie, there wasn't any real reason for us to care about Kelsie because the pacing made it so we couldn't get to know her.

As for the positive, I love the concept of the plot. Avalor's attitude as a stone cold witch (excuse the pun) is a great way to paint the character, and the short backstory you gave us for her really gave a small connection to her. However, maybe you can break up the chapters more with that backstory. Show us how Avalor became powerful, and feared.

Overall, the story definitely has a great plot, a wicked character, and I love the amount of emotion you put into her.

Good, but not Great

I like how you gave us a quick introduction to the character. You gave us a short, but clear indication of how the character feels and is. However, there are several grammatical mistakes, as well as some sentence structure problems. Ex., you talk about how one character has sweaty, warm palms, and the others are cold. I would take another look at that sentence and a few others and think about how you can word them better.