Computer tech and geek who has always had a creative writing bent. Looking for a decent publisher if one is out there. 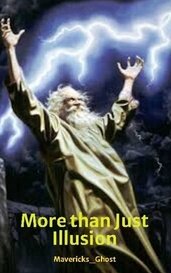 Joseph Winstanton (The hero of the Last Magus) his story now continues with the second part of his quest. Joseph Winstanton is an ordinary man, an average Joe, who by pure accident re awakens the a... 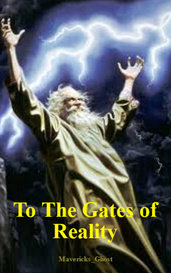 To The Gates of Reality

Joseph Winstanton (The hero of the Last Magus) his story now continues with the fourth part of his quest. Joseph Winstanton is an ordinary man, an average Joe, who by pure accident awakens the anci... 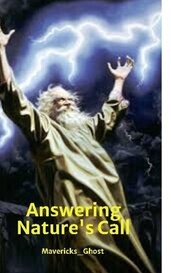 What happens when an average man suddenly discovers he can perform true, real magic? And how does he deal with his dreams coming true at the wave of a hand? Joseph Winstanton is an ordinary man, an... 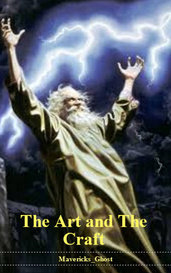 The Art and The Craft

Joseph Winstanton (The hero of the Last Magus) his story now continues with the third part of his quest. Joseph Winstanton is an ordinary man, an average Joe, who by pure accident awakens the ancie...

Sadly I will admit this not my genre. I'm a die hard fan of fantasy like Tolkien or Sci-fi like Buettner or even Horror if you consider my collection of Stephen King so I won't say this story exactly "floats my boat" On the other hand it is a good short story the plot is believable and the length feels about right. I think many teeagers go through feelings like Joyce, it's just the vast majority don't act on them like her! Many self harm or feel suicidal with the same consequences. But I do have to question whether a state would really execute a fourteen year old, seems harsh to me but then I'm in the UK. Joyce is after all someone they legally regard as a child, especially since she's only a maximum of fifteen by the time they end it all. Joyce's motives also seem mixed, she could be construed as noble in Lacey's case, she was acting in defence of her put upon friend Marilyn. Ben though was an act of selfishness. Technically speaking the whole could do with being passed through something like Grammarly, there were a few instances of "are" where the writer should have used "our" or "know" when it should be "no" or "now" Overall though a good story, keep it up!

An excellent short story. Could make a great start to something lengthier. For example, expand the background of the two characters. Who was the girl and who was the man, what sort of relationship did they have that he felt the answer was to kill her? He was married OK but does that justify stabbing? You could also expand on the aftermath. What does the mother do when her daughter climbs in through the window covered in blood? On a technical point when you stab someone it isn't odd splashes, you can get practically drenched in it, imagine a burst water pipe
Technically could do with a polish I noted a couple of odd words that I felt were out of place but Otherwise, an excellent start would certainly make an interesting synopsis for a lengthier piece

This has to be the strangest story I can think of. Cram in Tolkien's world is wayfarer's bread but here it comes by the bucket for 20 gold! The characters are fun and funny. Dispenser has an actual dispenser on his head (guess they won't be short of soda), Boxer wears a cardboard box (and keeps tripping up and falling into things!) Eydonuh literally is called "I don't know" while I have a feeling that Lonithin is also a play on words.
Excellent story! Though you might want to check the spelling, I noticed a couple of spelling mistakes like eere instead of eerie or even eery. But otherwise no an excellent and fun story!

I particularly like the idea of combat being turn-based too. The characters having a certain amount of time to do what they want to do. As a classic oldschool desktop RPG fan (AD&D, Rolemaster etc.) there are lots of memories of "you stumble on a room filled with orcs...Welcome to their barracks! Looks like your only way out is to fight. Roll initiative!"
Though I personally am more a fan of sorcery than the sword. I would like to find out if one of this party might just be a mage?

Loved this story, well the 10 chapters there are of it so far.
I think being English some of the timelines are all meshed together though. I realise the author is South African so English legend is not going to be top of any list but the heroes that aid the pair all come from different periods of English history. King Arthur, for example, didn't exist before a poem written in the 15th century, Robin Hood was about 1370 for his earliest appearance, Godiva was Saxon era 1066-1086, Peeping Tom didn't appear until the 18th century and from what I read he was struck blind because he tried to spy on Godiva and God punished him for it! He fared better than if her husband had found out because Leofric had vowed anyone who observed her would be put to death!

But I'm nitpicking and I can excuse it as Xu Fu messing with the timelines. The story is excellent and I look forward with eagerness to how it finishes. Is it going to be the start of a series with Troy and Tristan unpicking the timelines of History (see Dr Sam Beckett in the TV series Quantum Leap, "putting right what once went wrong") Excellent Book Kim keep it up!

Having finally got round to finishing what has been published online for this book I can only say excellent and I can see why Authorhouse picked it up. Kim I can also see why Alkan wouldn't want to be anywhere near an oracle. After his efforts at the wedding, in his place, I wouldn't want to be anywhere near anyone who can foretell the future or has a direct line to the Gods either. I think that Queen Safis also took exactly the right attitude to him when she found out. He may count it as seduction but to seduce the bride on the day of her wedding?? Then to declare himself the fourteenth God, does Alkan have an ego or what?
My one gripe is the descriptions of the characters, the characters themselves are believable but to go into the minutia of how they are dressed...I would have tended towards leaving it to the readers imagination, but that might just be me. I'll certainly be reading the other storiees.

I have to say that western stories are not really my genre. I prefer magical fantasy or science fiction. However, with The Willow Rise Six, I seriously couldn't put it down until I finished what's been published. The characters are incredibly believable. I get a feeling of sympathy for Sam, Peter and Alice, they are caught up in something through their own previous misfortunes, misfortunes they have trouble facing up to, and misfortunes that let Bill wield his influence over them. Levi strikes me as the type I could see being played by Clint Eastwood in his man with no name days, hard as steel and just as cold and uncompromising. While Bill is like a spider, weaving devious, manipulative webs with threats of revealing secrets so he gets people to do what he wants, A mastermind type that treats others like mere puppets.
I very much look forward to the finishing the story.

My only criticism would be technically based. It's small I know but at one point Boone walks into the office having cleaned the blood of his father off himself and the sentence refers to "his firearms having been wiped clean". The story implied Boone beat his father to death rather than shot him! So I would have said forearms would have been a more appropriate word, like I said only a small point and maybe it was a typo