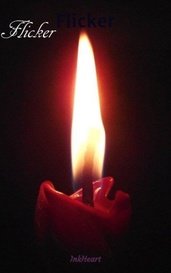 His tongue was an automatic pistol; his hands were the ocean, at once caressing and brutal; their love was a thunderous storm. Would Aislynn survive it and leave, or be extinguished? Aislynn Nyger... 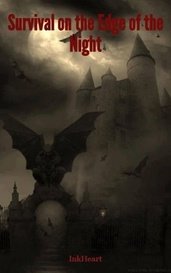 Survival on the Edge of the Night

When an aristocratic family flees their home in nineteenth century war-torn Ireland, they will discover that God's hand does not reach everywhere, and monsters lurk in the shadows. She moved to the... 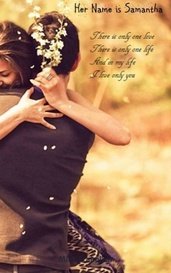 Her Name is Samantha

I found the world of Euthoia to be incredibly enjoyable. The author has a simplistic, flowing style of writing that successfully works to enrapture the reader. While devouring this tale I saw the world of Euthoia come alive before my eyes. I would definitely recommend it.
Possibly my one criticism so far would be that the writing can be a bit muddled, such as when Yehan described how the days of Euthoia work. I feel like that could have been more clearly depicted. There were also a few grammatical mistakes that could use some brushing up.
Overall, this story was a very enjoyable way to spend my afternoon!

This story was brilliant. It opened on such a calm scene and you were left wondering why she was on an island, thinking it was a shipwreck. Then, as the story unfolded, you slowly replace that questions with others. Who stuck her on the island? Why? What are her superpowers? Where did they come from? This story is equal parts mystery and imaginative that makes the reader want to continue long after the chapter ends.
Your descriptions are riveting. I don't think the torture chamber scene could have been better described, even by Shakespeare himself. Aside from watching your commas, you have quite a few missing, there is nothing here I can critique. You did wonderful.

There are some key components that your story is missing. While this is a fantastic concept, I'm not sure that the way this story is presented is quite realistic. Here you have this nerdy, dweeby character who has been relentlessly bullied his whole life. His level of apprehension, if not outright fear, should be much greater than than he displays whenever Marty first appears in his bedroom, for starters. He kind of just accepts everything Marty says immediately. There's very little confusion or doubt, and a complete lack of fear. This seems completely unrealistic, both because of how people would generally react and most especially because of the personality of your character. As someone who has been pushed around and beaten almost daily, you think he would be especially weary of intruders. That, and the fact that with everything Marty told him, Mike's answer essentially amounted to, "Alright, that's cool." Not only does this not strike me as a normal reaction, but you're missing a golden opportunity for inner-conflict and self-exploration. Don't be afraid to give your character conflicts.
Another suggestion would be to add more character and setting descriptions. You have very little, which can become a problem as descriptions are what bring a world to life before a reader's eyes, as much as actions. It will also become crucial for the development of the story when explaining the difference between worlds.

Read the story now
My Half Of The Universe by ?
Overall Rating
Plot
Writing Style
Grammar Punctuation

This one was a real page turner. I read five chapters without stopping. Your unique and original metaphors and outlook on life create a surprising and captivating story. You know just when to introduce an occurrence to really shock the audience (such as Anne's death). Everything about this story was unexpected. At every part you managed to surprise me- there was no indication as to what would happen next, and yet the story was in perfect rhythm and completely coherent. This is perhaps one of the most difficult tasks of writing. Your writing style is very distinctive. Don't ever change it. It is perfectly eloquent and flowery in it's language. Honestly, you have to tell me where and how you developed your writing skills. They're phenomenal.

My only side note is that you have some spelling, grammar, and linguistic mistakes. But that's as simple as having someone edit you work. Everything else that you really can't have someone fix you already have. You are truly an exemplary writer. Amazing job, truly.

This review was not lightly given. I have read many, many romance novels, and none compare to the one Sophia has written. A lot of romance is contrived. Hers flows- everything is so natural, and yet all of the character's are distinct, with enticing and often surprising personalities. The banter is always witty and oscillates between funny and deeply emotionally stirring, a hard accomplishment. The story has a nice, natural flow.
I honestly cannot express the depth of my love for this novel!
Keep up the phenomenal work, Sophia!

Holds a lot of promise

I plan on reading more of this, as the concept of the book is thrilling, and the characters in The Penman come alive before you. The plot progresses smoothly at a nice clip. The author has a knack for giving you just enough to leave you wanting more, and wondering about this world of hers that she has created! However, there are a few plot holes and discrepancies that could use some work.
*spoilers ahead*
In the world J has created, people have suddenly lost their ability to read (I suspect through the digestion of a "flu pill"). The thing that doesn't work with this is, they all seem to lose it at the same time, at the same rate. I think it would be a more effective, believable story if people lost the ability to read at different rates. Even if they are all taking the pill that causes them to lose those facilities, their bodies will absorb the toxins differently as they are all biologically different. There were also a few moments where I became lost in the narration. The narration added depth and promise to the story, but I felt it was a lot of (sometimes unnecessary) information at once, that could have been used to progress the main character, Delilah, and the supporting ones. So to me as a reader it broke me from J's world and seemed to me to be a missed opportunity. There were a few other moments where I was snapped from the story, mostly due to the sudden shifts in time.
Overall this is a pretty remarkable first draft, and I'm definitely going to read more, but the book could still use a little fine tuning before it's ready to be published!

I felt that the characters were interesting. They had compelling personalities that slowly displayed their colors like blooming flowers, revealing themselves one petal at a time. This kept me as a reader invested in the story.
I felt that the story began rather abruptly. It would have been nice to see a little background- see what the person meant to wish for originally, maybe even see how she found out about the deals. If not in the beginning then at the very least as a flashback somewhere in the book. I feel this also would have provided the author a fantastic opportunity for inner-dialogue if she had done it, and it would make the readers feel more sympathetic whenever she initially wishes for the wrong thing. Since we don't know what she wanted originally and if it's honorable or personal readers are not provided the opportunity to become emotionally connected to the story. The lack of reflection, inner-dialogue, and background were the only issues I found with the story aside from some minor spelling and grammar issues.
Overall this is a good read with some very vivid and stomach-turning descriptions, and enjoyable characters!

Right now there is only a short prologue. Due to that there has been no real development of plot. Since I can't review that as there is nothing there, I gave you a neutral rating. The story was interesting and drew me in, so despite the flaws that exist you get a three star on the overall story as of right now. Your writing style was actually pretty good. You certainly nailed the atmosphere of the genre and I felt my heart beating faster at both the beginning and end. Your grammar needs a lot of work.
When/if you add more chapters to this story, tag me and I'll come back and update this review. Until then, please review my work, Survival on the Edge of the Night ^.^

There were a few formatting problems

The story switched between the girl and the boy rather quickly and I never really had a chance to get used to the chapters. I would maybe consider adding a little more material to each person's chapter.
The dialogue is sometimes hard to follow, mostly in the second chapter where it jumps a bit.
I understand that you're from the Middle East so I'm trying to give some leeway for the grammar and punctuation (especially since your English is much better than most native speakers :) ) but the story could use some editing.
Overall I'm excited about the idea of the story but nothing really held my interest. But that's just me!

Every little thing creates big ripples. That is what I predict your book doing for the world. I envision astounding book deals, movies, and sales better than famed classics or Harry Potter. This is absolutely amazing. There is nothing to critique here. You had me laughing at every page, imagining the demons you described before my very eyes, and hanging onto every single twist and turn you threw in there. I'm currently at chapter 4 with no plans of stopping. Can't wait to purchase a published work. Definitely send me a message @[email protected] when that day comes. Until then, keep doing what you're doing. :)