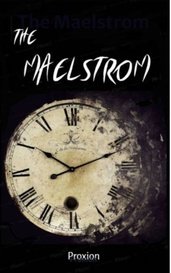 'Where present is moulded into tangibility.' For decades, a clandestine society has been tirelessly involved to keep our world in balance; making sure the events that need to happen, do happen. ...

Truly a hook, line and sinker

A collection of 11 stories that would send you on a little emotional ride every time you open a new dagli. The pieces are diverse in characters, expression and emotions but each story has a similar promise that lures you in, captures your interest, makes you root for the characters and when you least expect it, the author springs their trap with third- act revelations; and there- they've got you. Some twists would leave you cackling out loud while others would force you into a deep introspection.

The individual stories are short, yet the pieces succeed in arousing the required literary pathos. The most attractive feature of the writing is how the stories explore the reality of human life in all it's exposed atrocity, complications and bliss with the right dose of grief and humour.

The writing style is straightforward and honest, and it is in it's simplicity and honesty that it gains its allure. There are some grammatical errors, but considering the literature is a translated piece, there is bound to be some innocent fumbles.

The book is definitely a good read! The story it is in its initial stages, so my review might not do justice to the literature that will follow. The plot of the story is captivating and the MC is hilarious! I loved the sarcastic undertones employed in the book. I am getting the feeling that the characters will ultimately develop into likable personalities. All in all, it's a great start to a fun story!

The Pause is a suspenseful tale set in the chilling backdrop of a small town that beckons it's visitors with an ominous welcome and an even more ominous advice. The protagonist who remains nameless at this point has no choice but to spend the night after a long drive that seems as unfriendly and fruitless. However, an innocent night-out morphs into the stuff of nightmares as things begin to go downhill soon after the MC notices bizarre occurences and a 'groundhog dayesque' time warp.

The story is still in it's initial stage but carries promise and a potential to be nothing short of a great read. With very few fumbles mostly dealing with prepositions, as we all know how ruthless they can be, the story is without a fault both in plot and pacing. A few tweaks here and there and it is book-store ready.

If you're a fan of nail-biting thrillers with a penchant for the unknown- 'take a pause', read the story, for you'll surely not want to leave.

Set in the beautiful city of Florence, True Colours portrays the story of two artistes, with sterling acumen for their art, yet despite their glaring shortcomings somehow, complementing each other to produce a beautiful palette of love, exuberance and forgiveness. The author employs different narrators throughout the story, fleshing out in-depth characters and a break from the monotony of single povs.

The romance genre has been reconstructed with a unique theme and the unconventional motif streamlines the story to stand out among other literature of its kind. The prose flows through the book and the serenity and elegance of the setting is clearly depicted. The author harbours exceptional discernment in descriptive writing, although the dialogues need a little work.

With a beautiful blend of drama and humour, true colours stands out as a magnificent read for a light-hearted escapade.

Dark secrets, femme fatale, a burgeoning love story and bone deep paranoia, the shadowmen unfurls the story of a struggling stripper wrought with self-doubt, past afflictions and riveting nightmares bent on reviving the painful memories of yore. The title aptly captures the essence of the literature within, shrouding it in an intagible obscurity, a foreboding of sorts, cautioning potential readers into a tale of gore, loss and a fictional whirlpool.

The story verges on the brink of horror, yet the elements of romance and adventure are rightly and indulgently utilised in the prose, that progresses effortlessly; thereby complementing the storyline, that in itself cascades throughout, succinct and to the point, in between the cryptic quagmire of reality and dreams. There are times when the plot felt rushed or less descriptive, but with the fate of the protagonist at stake, the story surely is a nail biter.

In the midst of all the fantastical themes- battles with faceless assailants, dreams morphing into torture devices and the mc's inhumane rate of recovery, the symbolism is out and clear. Built on the robust fount of human insecurities, like an insatiable brute of the vilest quality, the pain feeds off from that very weakness of the temporal creature that man is; and getting over it, not simply forgetting, is the panacea. In the realm of shadow-world, this agony finds a new meaning, rather new form(s) and offers not only the mental counterpart of the trauma but it's excruciating physical manifestations as well.

Metaphorically coherent, drama-rich and generously suspenseful, The Shadowmen aptly glamourises the literary prowess of the author.

Cathartic cries of passion, the poems stir up some new perceptions of the bitter, commonplace yet unfortunately, relatable experiences. Not a tear- jerker, however, the literature forces you to delve deeper on a more personal level, thereby successfully arousing the required poetic pathos.

The poems, though of diverse motifs, explore the similar premise of sadness and insecurities. The collection at times loses it's genteel and feels more of a diary entry, in the process, making it appear more relatable and real. The themes encompass sadness arising from insidious causes to darker themes portraying isolation and mental exhaustion. Although the narration has a tendency to digress, the expressive composition makes up for those innocent fumbles.

Unapologetic, raw and candid, the poems spiral into a sombre cascade, a ruinous chain reaction, morphing into a poignant wail of help and finally culminating in a bittersweet denouement.

The book is in its initial stages, but I could very well sense the tension and suspense building up in the beginning chapters. The author has created a dark, grim world of drug cartel and the MC is an important part of it all, There seems to be underlying mysteries about the deaths of some characters which might prove significant in the following chapters. Character description seems to be a strong-suit of the author, and apart from some minor typos, the book definitely is a great read!

It has been a really long time since I have read a sci-fi book of this calibre, and I was pleasantly surprised by my find. I am so glad I chanced upon this book. There seems to be not one, but two particularly significant sci-fi mentions in the book I would love to talk about. First, is the SCR, which is closely reminiscent of Dyson's sphere and Alderson's disc; and truth be told, you did a great job at the explanation! The author has handled the subject with outstanding discretion. Then is the time-travel part- As a devoted space-time travel aficionado (And also someone who writes particularly on this genre), I was so happy to find real-science parallels in the book. Not only was time travel touched, but also 'space-time' travel, with the teleportation ploy mentioned in the book, something that majority of the authors ignore.

The characters are well developed, and all the major science facts explained with such dexterity and precision, that I was so engrossed in the plot and it took me just one sitting to complete the book. Also the fact that the author has created such a diverse world, in just 22 chapters is noteworthy and a literary feat! The plot is inexplicably magnetic and combined with the author's literary prowess, the book is nothing short of a must-read!
Easiest five stars I'll ever give.

The book is no less than a piece of art. I was surprised by the fact that such in depth imagination is even humanly possible. We are introduced to the pantheon of Gods and recently I did develop an inkling towards mythology in general, and this book further aided in making my inclination an obsession!
I am still not done completely with the story, but it felt as if I needed to get it all out.
The story is a gripping tale of enigma, allure and mythology! The description of the story is 5-star worthy, and I can't thank the author enough for introducing me to this masterpiece!!

A great story with awe inducing plot, characters and literature! This book is a breath of fresh air from the highly derivative stories of its genre. Not going too deep into the plot, as it could give out some spoilers, the author has masterfully captured the essence of the storyline and given life to this suspenseful creation!

The book is undeniably a great read and I can very well see reasons for the appreciation it deserves! The MC is wonderful and relatable, something that I find quite tough to pull off, so great job at that author!

The pace of the story is notably outstanding and I loved how the author has kept her chapters short and concise, without missing out anything seemingly significant!

Beautiful, that's what I feel is the right adjective to describe the book. The introductory opening of the book is enigmatic yet so alluring that it instantly pulled me in.

Your description and writing has a wonderful sense of sophistication and serenity. The symbolism you have employed in the book is 5 star worthy.

The author has admirably changed the characters in the chapters and I could connect to all of them on a personal level an art which I feel is a tough one to master. All in all it is a captivating read and would surely wait for future updates!

Well, for starters, I am an open fantasy aficionado. The summary pulled me in instantly as it consisted of the elemental powers which really rouse me.

Although, I have read just the first chapter, but I loved the description. The pace really is 5 star worthy, cause I myself love stories with a comparirively slower pace.

The description is really beautiful and emotive and I could instantly feel at congruence with the protagonist. The author has beautifully crafted this fantasy world and I would happily delve deeper in the book.

Firstly, the plot of the book is enigmatically magnetic. There are different characters, with different povs and different personalities altogether; yet we feel the unwritten common connection in all.

The writer has beautifully captured a child's thought process and in a seemingly very innocent way has also touched topics such as- night terrors.

Writing different povs with such accuracy is indeed a tough, but the author has done it! With the result being a wonderful compilation of innocence, naivety and sweetness. Iam definitely looking forward to the author's updates and new literary ventures.