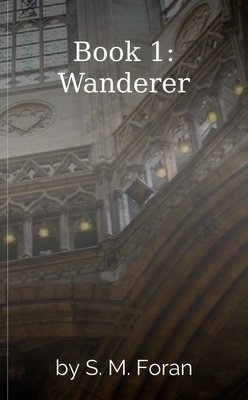 She is no regular magician; she is a World Wanderer. With freedom in her grasp, Alyssa thrashes against her world with consequences for her vampiric teacher and herself. Book 1 of The Wanderer Series 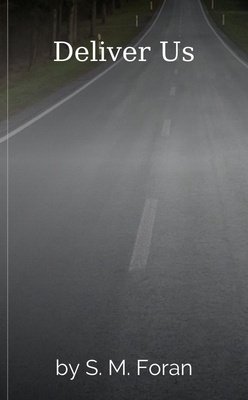 Hosanna, a young woman roped into a terrorist organization, is faced with the prospect of freedom with the man she loves.

Getting Better with Time

Well, you really improved from the prequel. I hope you can go back and rewrite the prequel since it has so much potential. The craft was just not quite there to capture the idea. But this time the craft and idea were very closely matched so they balanced and made the story great. I was riveted front to back with no moments of boredom, just resisting reading the last chapter to find out what happens.

I know lot's of people have already raved about your character development (5 stars) so I will just say one thing: Andra and Kael both made so much sense at the beginning, middle and end. I was really pleased, no not please, ecstatic over them; I was almost screaming for them like my mom for the Blue Jays. (That's two things, I lied)

So moving on, I want to comment on your plot. It was fantastic! There lots of twists and turns, trouble where we didn't see it coming and no trouble when we were anticipating it, especially where Kael rescued Andra from Caedo and they had little trouble getting away thanks to their wonderful soldier.
I loved the ending because it wasn't a big dramatic battle. There was no need for the fantastic battle as there was enough intensity and I like how the law brought Caedo down in the end instead, It wasn't even great magic like the ending of the Eragon series (which I thought was fantastic too), it was simply the law finally being executed. It makes a good balance with the first book and Eliana and Caelum kicking ass in a great battle.
In light of this being a series I really like you show that Paerolia has its golden ages and dark ages in cycles. The prologue was a little much, especially for someone who already read the first book, but for a new reader it might be necessary. The two books can be read separately so they're not a series where you HAVE to buy/read all of the books to know what's happening which is another 5 stars for you.

I really can't wait for the next book in the series! Please write, write, write and get even better! And congrats on winning the Hidden Gems contest!

I very much enjoyed this story. You did a good job of staying true to the original story and your writing style made it very unique. You also did a good job of following the diary genre as you the way you wrote made it clear the events had already happened, and you provided enough details for the reader to get a whole picture without narrating like Shmi was everywhere.
On the nit picker side, watch some of the grammar, punctuation and spelling. They were little things, like quotation marks where you didn't need them or a missing word, but they still disrupt the flow.
Thanks for sharing, and once again good job :)

I love the Indian base for this story. It is refreshing to have something new to the predominately Celtic and Tolkien styles of fantasy. I don't know Hindu mythology very well but the way the gods, especially Mahi, acted reminded me of the Greek gods especially. The words did trip me up a little but they are unfamiliar so it that is to be expected. The plot is very typical of fantasy but the narrator made it new by telling the story from the king and the god instead of the hero.

I do feel there could be more sensory description instead of what felt to be mostly action. There wasn't a sense of how things smelled or felt. Though if this is strictly mythology style story then sensory descriptors aren't needed. But for me, I find details make the story more real and concrete.

However, it is a riveting story that I couldn't look away from. Thank you for sharing.