I write like crazy and often write crazy things. 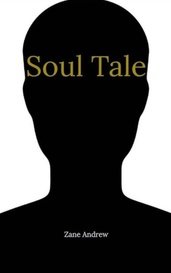 Henry is marked, Peej is disturbed, someone is giggling, and you are interested. It would be advisable not to leave the city of Windhalt. There be, of course, dark things out there. Mist shrouded, ... 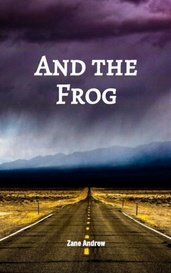 When a young woman is left alone on the road after a car accident, she encounters a traveler whose only companion is a giant stuffed frog. Emmaline is alone. She didn’t mean to be, but here we are....

Many of my thoughts are in the comments I left in specific spots along the story, so I won't leave an overly lengthy review.

You carried your characters through a lengthy timeline, and for the most part I would say you maintained the integrity of who you established them to be from the beginning, which is commendable. I found the details of this culture to be interesting -- especially in regards to the guide sticks -- and it was intriguing to see how your characters experience was affected by it's stipulations.

One major suggestion that I want to leave you with: consider the way you present vital information or cataclysmic events, for instance: Tangar's death, Caran's death, and Tarra's pregnancy. Every one of these is presented softly or casually, with little to no buildup or foreshadowing, yet the aftereffects are integral to the story. Because of this the impact is played out, so while we may sympathize it's rather difficult to empathize. We don't really know that Tangar is like a father to Chilcoat at the time of his death, and so we have no idea how big of a deal it is until we're told repeatedly that it's a big deal without any real reason to feel why. The story just kind of rolls into important situations without really alerting the reader that it's happening, keying us in to the emotions you want us to recognize and feel.

In general, I would say to think about empathy, about what you can do to invite your reader to feel what's happening rather than be informed of it. Try to allow us to see, hear, smell, feel your world.

Another point I'd like to make note of is on your characters in general. Chicloat, Tarra, Caran. Lanoner, Charona -- these are the people I'd say are most developed by the final chapter, and I'm sure that was your intent. By no means do you need to give the same amount of attention to anyone else you mention, but I will say that many of the other figures seem like caricatures rather than characters. Chilcoat's children only exist so that he's a father, and they have just about no personality (I want to say their names are only mentioned two or three times). Tangar is mentioned many times, but I don't feel I have a very rounded image of him beyond that he's a "crafty old man" -- his only purpose is to compel the plot of Chilcoat and Tarra. But I would say those characters don't feel complete unless the important people surrounding them feel authentic. What of the tribe as a whole? They are essentially one monotone character in and of themselves. It wouldn't hurt to really show us what they look like on a day to day basis sometimes. Give names to random people, have a main character pass by something unique. Think about any little thing that could actually happen with these people.

These are my final thoughts. I enjoyed this delve into your imagination, and I hope you keep writing.

This story does a commendable job of handling a multitude of distinct characters who all play their part in the experience of the main character. The crux and main antagonist are ever-prevalent and foreboding, and the growing weight on Tyler's shoulders is well conveyed.

Without giving too much away, I'll say that my favorite pieces of writing within the story are the vision sequences. In these instances the writer makes good use of imagination, and the scenes are as interesting as they are gruesome and unsettling.

As far as demerits, to my reading a few characters are under-utilized, one of them being rather crucial. In too many cases exposition supplants interesting dialogue, and often the diction and character vernaculars are repetitive. There are moments were the potential for character development or intriguing dynamics falls short to cliches or glossy text. And the final climax doesn't hit quite as hard as it could, but that is perhaps something that many will disagree with me on.

That being said, this work, in my opinion, isn't incredibly far from feeling complete. If you are interested in a fairly unique and very literal take on a person's relationship with religion, it's worth a read.