A young, aspiring writer with a love for movies, videogames and writing. 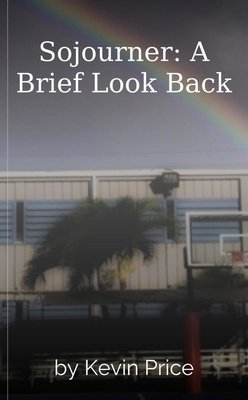 Sojourner: A Brief Look Back

We all yearn to look back at those moments in our lives that changed us forever; that made us who we are today. This is one of those stories. We all remember what it was like to have our first crus... 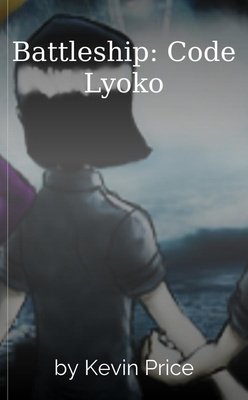 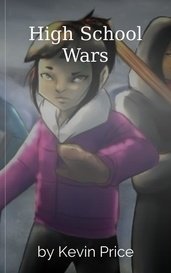 A young freshman girl, a divided school and an unfulfilled prophecy; the town of Trenton faces an uncertain future as the war to end all wars is waging on their streets: the Great High School War! ...

A Short, But Honest Review

Now, like another person, I've grown a bit tired of the science-fiction genre, thanks to the overflowing numbers of sci-fi themed video games, films and books. Fortunately, this book kicked any notion of vast disappointment aside and I was treated to a well-written, realized sci-fi story.

Like others, I liked the main character, Gabriel and thought he was well realized, as well as the rest of the cast of characters like Chance, Fairy and Charlie. The world as well was realized fairly well and it didn't feel out of place for this story.

However, the story did have a drawback at the end. Like AkatsukiFreak31, I felt that the ending was rushed and did leave a sort-of sour feeling after reading a good story. I felt that if the ending was more fleshed out and was matched up in quality like the rest of the book, I would've given the writing style a four. That ending, do... that ending. I know it's hard to end such a long, intriguing story, but, remember for the sequel: don't rush the ending. It'll be worth it once the proper time is given to how the tale ends. I recommend writing the sequel from the ENDING first so that you can avoid rushing or under-writing the end (I know my ending was sort-of rushed in my book, High School Wars, so I shouldn't be saying this to you... HOWEVER, it is still great feedback and advice nonetheless)

Overall, the quality of the book is good. There are some parts here and there in terms of grammar that could be improved upon and I do feel that the ending itself impacted my final impression on the overall experience, but it didn't ruin it at all... just hinder it in a sort-of major way. :)

It's a good break away from the vast wave of cheesy, nonsensical and totally underwhelming wave of teenage romance/sci-fi books that are being turned into films for NO REASON AT ALL. It's no the best sci-fi book I've read, but it's one of the great ones that stick out to me.

A REVIEW FROM MY FRIEND, JULIAN SANTIAGO

I do love me some meta humor and this this has that and is absolutely absurd all around, which aids the humor as well as the action.

My only real issues, since you want honesty, are as follows: Sometimes you use a bit too much description especially on characters and setting pieces, sometimes there are a few tense mix-ups or awkward word errors, such as in ch 5 where "proceeded" really isn't needed and the wording implied that she was knocked unconscious by asphyxiation but she clearly wasn't, also words like "Redirected" and "Makeshift" don't need hyphens.

On a more positive note: the action scenes have tension, which is important, and are quite fun and there is variety in the humor, which is good and made me snicker more than once. Also the protagonist is sympathetic. Which is a feat, considering she doesn't say anything. So despite the few issues I liked it.

(This review was e-mailed to me by my best friend, Julian. He couldn't post his review because of an unknown error, so I copy-and-pasted his review onto here for him. I DID NOT WRITE THIS REVIEW.)