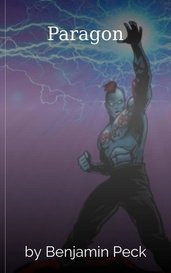 The Golden Age of super heroes is over, and long gone are the days of capes and cowls. Those with abilities live underground, hiding, until one discovers a horrible plot involving torture, and crue...

So at first glance this story begins with utter confusion. There's little to no description of what's going on, which isn't always a bad thing. But there is a difference between suspenseful confusion and complete disorientation, this is the latter. The descriptions are redundant when they're even there, and the author needs to learn when to and when not to use a comma. Knowing the difference between plural and possessive wouldn't hurt either.

As soon as the dream sequence ended I was glad to be done with the first-person present tense way of writing. In small doses it's a neat tool, I've used it myself, but that's just the thing: small doses. The protagonist is largely unrelatable and unlikable right from the get-go, That all said, after Ch.1 the writing does get slightly more cohesive, syncing together in a manner that is easier to read and significantly less choppy. Still, continuing through to the third chapter felt more like a chore than an exciting read. The fact that the author actually used the word "leet" in the description, even with it being inner monologue, felt so cringey I felt like I was reading 50 Shades of Gray.

Bringing us to Ch. 3, more First-Person, Present tense. Again, not a bad tool, and I'm glad this segment was significantly shorter. But then Diana wakes up again and we're back to choppy dialogue, and an unrelatable protagonist. To be honest, this looks like, reads like, and feels like a First Draft fueled by a train of thought.

The concept is there, but the problem is the protagonist: even with her admitting she is the "Villain in my own passion piece" there's nothing about her that makes me curious enough to stick with her.