I am a Mississippi girl who aspires to become a writer and help change the lives people that need some encouragement! 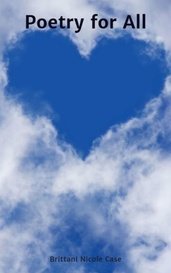 Poems about life and stuff Poetry ranging from romance to religious.

Destiny has her heart set on becoming a famous dancer, but what happens when something comes along and messes that up? How will she rise to the challenge? On her last night in France, Destiny gets ... 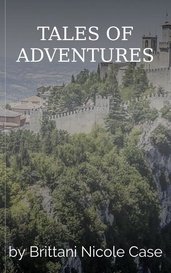 Eight short stories tell the tales of eig diverse characters. Their adventures are different and each has their own way to deal with the drama. Will good triumph or will the evil win once and for a... 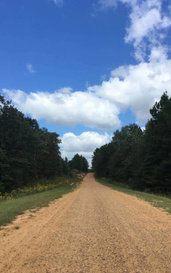 An Angel With a Lost Memory

Angel Kaiba, younger sister to Seto Kaiba, is a Gundam pilot. Nobody knows because she works directly with Trieze Kushrenada. Everything in her life is perfect, until she meets a young Gundam pilot...

Selena's Darkness: A Walk Into a Nightmare

Selena Rei Rogers goes from your ordinary girl-next-door to being kidnapped and thrown into the human trafficking ring. Will the changes that come her way make her good or evil? Selena is an averag...

Your summary of the story is what got me to read it. You have a way with words and with humor. I didn't really see the strong-willed version of Cordelia. When I think of a strong-willed female character the very first one to pop in my head is Buffy Sommers (There is no stronger-willed female than Buffy). She was against tradition, and who can blame her for that? Sometimes tradition needs to be broken.

Would you mind reading and reviewing my story?
https://www.inkitt.com/stories/other/210943/chapters/1

This is really good

I feel so sorry for Clover...I really do. I couldn't imagine what it would be like to be sold to perverted pigs like these men. She was so lucky to escape. This is a great story and I encourage you to keep working on it. You'll have a best seller with this one day. Grammar such as verb tenses needs a little work and some words were swapped around. For example "I don't know why am I instead of why I am" other than that it's a great story!

You hooked me quick, fast, and in a hurry. You are an amazing writer! Keep up the good work! I love it! Kirsten is a relatable character! Her internal struggle is relatable. All in all job well done!

It's a good start

Your story has great potential. The grammar needs a little work, and another good read through and you should be set. I am a little confused as to why she's alone. I think we need a little backstory for Ivy...and she has a great unique name. Your cover and plot are intriguing and I can't wait to see more come out of this story.
Why was Earl even at her house? What exactly is the nature of their relationship? How do they know each other?
Keep up the good work! The plot and your character development and descriptions are legitimately amazing!

Great story! You are truly talented!
Would you be interested in reading my story Selena's Darkness?
https://www.inkitt.com/stories/fantasy/210943

First of all, I love stories that seem to take place in the medieval era. You have an amazing way of describing things and making it feel like I was right there in the middle of all the action. I love the relationships between the characters...it's very realistic. You have written this story very well, and I think I learned a thing or two from how you developed your story.
Please keep writing more stories like this. You know how some authors are just meant to write certain things? I think this is your forte and I am in love with it. I'd buy it if it were to get published.

I love Alice's curiosity and her appreciation for great authors. ( i love Edgar Allen Poe) Grammar needs a little work, and that's me speaking for myself too, not just to you. Maybe you could give a little more details about the past. Like if they received any warnings or if they chose to ignore tee upcoming apocalypse. Maybe name a couple of countries that were totally wiped out by the impact of the asteroid. This will give the story a little more flavor and more realistic.
I also felt as if the story needed some holes filled in. Again, talking to myself as much as you, I know my story probably has a few holes in it. Where did her dad go to medical school? How was he able to go to a medical school when everything was supposedly wiped out? Where did her mom learn how to sew? How did she learn how to design clothes?
I like the talk of how things would have been had the asteroid not crashed into Earth. Birthday balls, gowns, fancy cars, castles, and marrying a prince one day. I wish you would have given more details about how things used to be. Like her grandpa telling her stories about how things were before the impact. Talk about the balls and what it took to be a good king. That it doesn't just mean you get to do what you want.
The relationship between Prince Jack and Alice feels rushed. They meet and then a couple of chapters later they are in love. I think the readers need to see more dialogue and body language between Jack and Alice. What makes them compatible? Show the blossoming of a relationship by showing us a little bit of the friendship first. I think they have a great thing going, just wish there was more detailing of it. More of a build up.
Dystopian societies are so hard to write about when you have things like The Hunger Games that are such a big hit. You capture the future dystopian world brilliantly. Very few people and all having to fight for survival. Mention more of the limited resources. Those kinds of things give juicy details to the story and make people understand the desperation of truly trying to survive. Why you have to move from place to place. Why you have to protect what small possessions you have left.
You have such a good story. The sinews and muscles are good, they just need to be fleshed out a little more and I think you will have a huge success on your hands. There was something I missed as I was reading more of your story. When she finds out that the government escaped to Apollo, where was her emotional reaction? Did she get angry? Did she scream and throw things? Did she curse them? I know she later says they deserve what they got, but that initial reaction is missing.
You are very talented and I couldn't wait to read more of your story. You took a good amount of time to think up your characters and how they act around each other. That actions and reactions are amazing. This wasn't a story you just threw together, I can tell there was a lot of work that went into it. This is almost a Darwinism thing too, only the strong will survive, but how can they do so without resources? I love that they are farmers, I'm from the South so farming is pretty dominant around here.
You keep up the good work on your story and if it were to ever get published I would buy it. Your imagination is so vast! I'm kind of jealous! :) Keep up the good work! Love the story!

It's so hard to find authors who write short stories anymore. You are such a descriptive writer and you give good details. Your characters are interesting and I love it! You are very creative. This story is different from anything I have ever read!
Please read and review my story Tales of Adventures!
https://www.inkitt.com/stories/fantasy/207653/chapters/1

Your writing style is so good it left me begging for more. Please read and review my story Tales of Adventure! https://www.inkitt.com/brittaninicolecase