Grew up in the country, to prison guard through college, to teacher, to librarian. I just love to write. 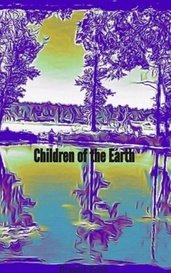 Children of the Earth

The devil likes to pass the time like anyone else, but there are a select few people who simply know no fear. Two boys skipping school and talking grown pass the time at their favorite fishing hole... 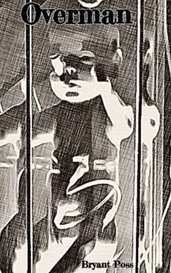 An artificial womb is not even a wonder anymore. Why would mankind use it to create the perfect humans? What would their creator do to protect them? Once a brilliant potential in the field of genet...

I enjoyed the first chapter. It introduces the protagonist well and the situation he is in. Writing in first person makes it easier to develop, but it is trickier to develop those around him except through action, but that's best anyway. You do well to keep the reader in the scene and hep understand what is going on. This is a good period, as WWII usually gets most of the attention. Here are some notes I made while reading. I certainly hope you keep it up.

Prologue
It is, according to the Julian calendar, on October 23, 1918, the “Great War” as it was known at that time began to end, a war to end all wars, and another started; a revolution that would eventually shape the geopolitical landscape of the twentieth century like no other. (The beginning of this sentence is confusing, and the subject/verb agreement is blurred. October 23, 1918 of the Julian calendar was the beginning of the end for what would be called the Great War, the war to end all wars, but it was also the beginning of a revolution that would shape the landscape of a nation and with it the world.)

Involve the civilian population however (population; however,)

There were no fewer than 150 national participants

Burkhard Huber, or Buck as his friends would call him,

“Yes, they are located about here.” I pointed again. (no need to say I said when you immediately follow with I pointed)

And hit it off immediately doesn’t sound like the voice of the narrator. Maybe we found ourselves on common ground.

An issue with writing in any person, be it first or third, is beginning too many sentences with a pronoun. I think, I saw, I raised . . . There are few things more attractive than a complex sentence beginning with a dependent clause. I used a small, waterproof match so I could see to examine the distance to the artillery placements. (Using a waterproof match, I could examine the distance to the artillery placements.)

Keep up the good work. It's always rewarding doing all that research for these types of novels.

If this is the beginning for your writing, you've done an excellent job. Giving the narrator such a unique place to start (a week before the end) creates an umbrella over what I assume will be the flashbacks to come. The voice of the narrator maintains a consistent tone, and the vocabulary matches the carefree attitude of this narrator. I've just begun reading on here, and I come across quite a bit I can't really get into, but this kept me going.
The only thing I'd watch out for is using the same word in different context so close together like endlessly trying and end. Maybe try exhaustively trying since end comes so closely after. Other than that, I can see you edited carefully and removed the inevitable typos, and I appreciate that. Good job.