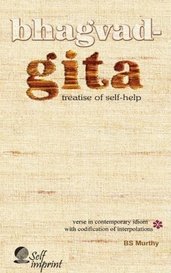 Bhagavad-Gita is the most beautiful, perhaps the only true philosophical song existing in any known tongue – so opined William von Humboldt, who wrote seven-hundred verses in its praise. Though ... 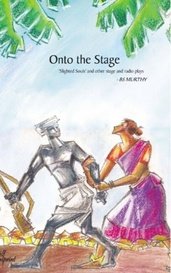 Onto the Stage – Slighted Souls and other stage and radio plays

A compendium of stage and radio plays set in the Indian social: backdrop:. "Slighted Souls" is a poignant love story set in rural Telangana, beset with feudal exploitation of the downtrodden dalit... 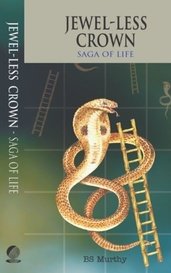 It's perilous penning this blurb. It's fine when man is modest about his work. It even affords him the aura of an invisible crown! But what about his work? Were it an art or craft, it is there... 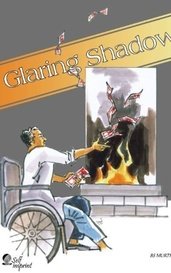 This philosophical ‘novel of a memoir’ is a compelling read that is conducive to contemplate about the nature and scope of human relationships. Glaring Shadow in a stream of consciousness mode is t... 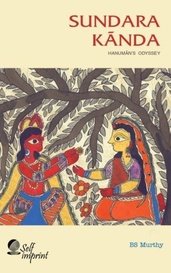 With rhythm of its verse 'n flow of the narrative, this is a sloka to sloka transcreation of Sundara Kãnda, the canto beautiful of Valmiki Ramayana. While Mahabharata's Bhagvad-Gita is taken as a p... 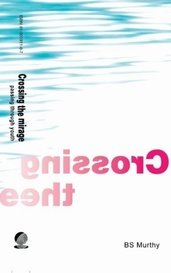 Crossing the Mirage - Passing through Youth

After many a fictional twist and turn, the way the story ends, challenges the perception that fact is stranger than fiction. If passing through youth was like crossing the mirage of life for Chandr... 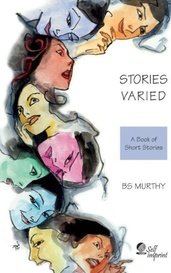 A collection of twelve short stories about women's possibilities of life. ‘Stories varied’ is about women's dilemmas in the Indian social milieu accompanied with unique denouements. While 'Ilaa's I... 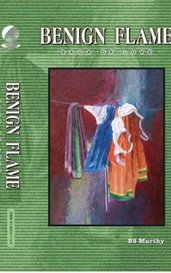 Roopa marries Sathyam, hoping that he would help her become a doctor but as he fails her, feeling used by him, she insensibly seeks lesbian solace in her friend Sandhya’s embrace. Soon, in a dramat... 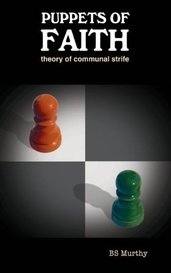 Possibly in a new genre, this theory of communal strife on the anvils of faith, in a free ebook is a book for our times. This thought-provoking work, besides dissecting the anatomy of Islam, steepe... 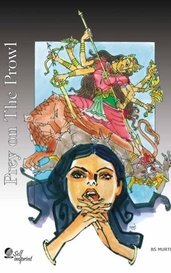 Prey on the Prowl - A Crime Novel

Even as Detective Dhruva was enamored of Kavya, whom he rescues from her kidnapper, Radha, an alleged murderess on the run, gatecrashes into his life. But when Kavya too joins him after her man was...

The plot is quite effective and it’s a refreshing surprise to discover that the story will not trace a fall into disaster for Roopa, given that many writers might have habitually followed that course with a wife who strays into extramarital affairs - Spencer Critchley, Literary Critic, U.S.A.

The author has convinced the readers that love is something far beyond the marriage tie and the fulfillment of love can be attained without marriage bondage. The author has achieved a minor revolution without any paraphernalia of revolution in the fourth part of the novel – The Quest, India.

The author makes free use of – not interior monologue as such, but – interior dialogue of the character with the self, almost resembling the dramatic monologue of Browning. Roopa, Sandhya, Raja Rao and Prasad to a considerable extent and Tara and Sathyam to a limited degree indulge in rationalization, trying to analyse their drives and impulses – The Journal of Indian Writing in English.

Overall, Benign Flame is a unique attempt at exploring adult relationships and sexuality in the contemporary middle-class. All the characters come alive with their cravings and failings, their love and their lust. Benign Flame blurs the lines and emphasizes that life is not all black and white - it encompasses the full spectrum of living - Indian Book Chronicle

"Stories Varied: A Book of Short Stories is a wonderful collection written by BS Murthy. The stories focus on the avenues women must go through in order to succeed in a world that favors the male point of view, whether it is in regard to love, marriage, or simply a woman’s own sense of self and independence. Murthy utilizes both first person and third person points of view, extending the overwhelming emotions of the characters onto readers with varying degrees, depending on which perspective is used, and proving them to be successful in both.

One thing I really liked about Stories Varied was that the stories were incredibly diverse, taking readers back in time to a small rural village called Sauviragram or staying more modern day with a drink at Starbucks. Although the influx of characters and settings that change from story to story can be somewhat confusing, Murthy’s rich descriptions help readers make an easier transition from one story to the next. Some of my favorite stories include Cupid’s Clue, which is about a woman who is afraid her husband is having an affair and seeks revenge by beginning an affair of her own. Murthy’s dialogue shines especially in this story, relaying the conversation in a way that is both entertaining and realistic. In addition, Eleventh Hour is about a woman who has fallen for a man, only to discover that he has a wife she knew nothing about, and the chaos that follows, even some years down the road."