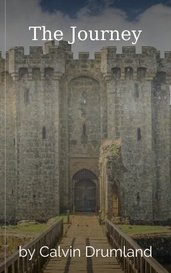 Welcome to a world of magic and mystery, where princesses and princes are devoured by sorcerers......... 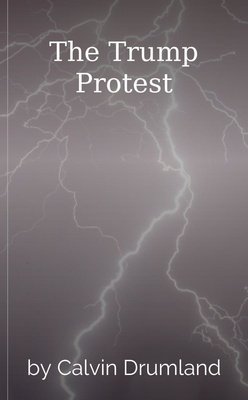 A time traveler travels back to our current time to research a Trump Protest....

Wow, I was impressed. This novelist writes for a YA audience but ends up entertaining everyone. I like books about the supernatural that slowly build up suspense, and this was better than Steven King. I don't want to give away the plot, read it for yourself! :)

Really nice! Very nice writing. One thing I'd recommend in the latter half of the chapter (maybe the latter two thirds) is a little more inner monologue (thoughts of main character) but that's just my style. Beautifully written and similar in style to my one-chapter work (about the size of yours) Ode To Trump https://www.inkitt.com/stories/scifi/163056 please check it out and review :) thanks :) Good luck and finish this! It stands on its own as a remarkable piece!

The flow is perfect.

Wow, how long have you been writing? This sounds like a military veteran is telling it and it is terse and tight and exciting.

This book is a classic, in the mold of Pride and Prejudice. But it is also an adventure story, sort of like Game of Thrones---you know, sword fighting and stuff. Everyone who had read it, I see, have given it five stars: I will, too, not because I'm conformist, but because I can see it's very well-written, It is very period-specific-----medieval Europe, except with slightly different politics and magic added on top of it. A very enjoyable and laid-back read. And very good for people who like romance. I don't want to give any more away, so you'll have to read it for yourself! :) Good job and good luck.

An Interesting YA Novel

The author of this book writes for a YA audience, and that premise is interesting. The book is based off of Eastern (I believe Chinese) culture. And the author knows lots and lots of this, which makes it interesting. Good descriptions, good flow. Good conflicts, and they develop. Good villains. Since it’s YA, I am not sure what to recommend. But hear me out:
EG instead of “the rain beat down on his back” say “sharp droplets struck his back and he cowered under the onslaught” Don’t say “Words would not come”-----too monotone narrator----don’t be afraid to use interesting, snappy adjectives and verbs. Instead of “the animal retreated into the trees,” describe the sound, the footprints, the birds fleeing. Don’t be afraid to take risks. It’s the only way anyone improves (including me, and I’ve been writing for 10 years but never been published) It gets better in this respect by the middle of the book but still coukd use some improvement in my opinion. But then again, you might want to keep it this way because it’s a YA novel. But then again, Harry Potter is YA but it’s for adults too------don’t be afraid to develop your voice----rewrite it and make it snappy and like an action movie. Like Stephen King and JK Rowling. You can do it, you have a lot of talent, just keep asking feedback from your friends. Rewrite the first chapter over and over again and ask people what they think of different versions. Keep writing :)