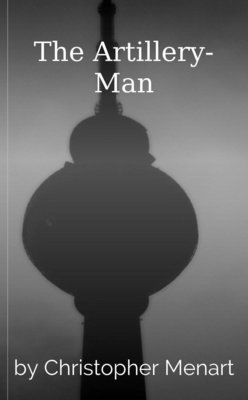 Because of the distances involved in interstellar warfare, adequate lines of defense must span hundreds of light-years. An artillery soldier's post is a lonely one.

If Artemis Fowl were an ordinary girl

(At the time of this review, the first 3 chapters have been released)

This is an odd one to me. The story here is an urban fantasy about criminally-inclined 'fey' running around Ireland, kind of like Artemis Fowl without the Artemis. You've got your secret society of people who deal with the magical stuff, you've got a girl with a special curse, and that's got everyone in a tizzy.

The narration is a little jerky at times. And it can be a bit too direct for its own good; it'll often say something like 'But [X] was about to happen', which is considerably weaker than just letting us see it happen.

But there's some intriguing sparkle in the interactions between characters. Dialogue has a personal quality to it. It's very prominent in the first chapter. Characters often talk to each other in a way that feels un-staged. Like listening to a conversation between two people who've known each other for a long time--when you do that in real life, you won't always be able to follow them.

(At the time of this review, the first 6 chapters have been released)

...Industrial Revolutionary, that is.

At the same time, it's a relatively gritty read--and I wonder if it's not shaping up to be a noir-style mystery. The world outside is full of fantastic elements, but the action we're presented with is carried out with good old knives and pistols.

What kind of fantastic elements? Well, there's magic of some kind, although we don't see any on screen. There's an early-industrial level of technology, so people are transitioning from swords to firearms. And there's some cat people in there, because cat people are always a good addition to anything. Don't think about it too hard, it's not crucial.

What you need to know about is 'The Machine', a great big factory in the center of town. You see, this world has just hit its industrial revolution. This seems to be the crux of the story. Exactly what's going to go down isn't totally clear, because the movement of intrigue is a bit vague, and the characters who know anything aren't letting on.

If you like gritty fantasy, I think you'll be quite satisfied. The dialogue is energetic, and the worldbuilding imaginative. Things move at a good clip. The narrator is constantly getting people into conflict. We have a small cast of characters, and so far they've put up a noble fight to resist the homogenizing forces of the dark, noir atmosphere. We can look forward to seeing personalities developed.

The primary downside for me is that some of the 'grit' seems gratuitous. Obviously there's a lot of ugliness that comes with industrialization, and the 'Hard Times-esque' depictions of lower-class hardship could become interesting story elements. But the titular character, the Cyneweard, seems a little over-zealous in making sure that we know he's a bad person. So far he's killed four unsuspecting people, two of them just so he could ask who someone's boss is. Not a crime boss, mind you, just an every factory overseer, something that must be nearly public information.

But if you can overlook that, there's entertainment and a promise of unfolding conflict.

This is actually pretty good horror. For something you find off somewhere in the internet, I'm quite pleased.

The large-font display (I don't know if Inkitt's doing that or just my computer) helped with the pace, and made the narrator sound much smoother than they were. But that's nitpicky. My only real complaint is the middle scene, with the mother--felt pretty cliche, a bit on the trite side. But of course, the whole story's got some tropey elements like that, you just have to not care.