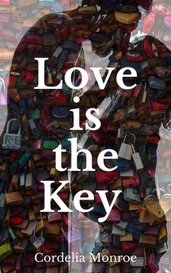 Love is the Key

Anna has the perfect life. Her husband is handsome. Her home is spacious. Her clothes are expensive. And her bruises are hidden. Her husband controls everything, from the weekly shop to what she w... 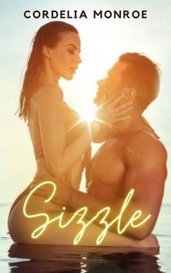 Cora Bennett. Long dark hair, big brown eyes, body of a goddess...and a pain in my ass. She’s the opposite of my type - loud, independent, fierce. I like my women sweet, compliant and demure. So wh... 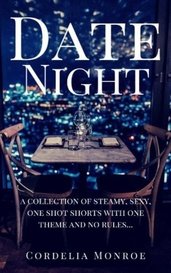 A collection of steamy, one shot, short stories guaranteed to have you clenching your thighs together. This is not for the faint hearted and reader discretion is advised! These stories will feature... 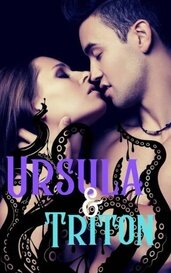 "It's not you I'm really after; I've got bigger fish to fry!" Ever wondered why Ursula wanted revenge on King Triton? Or why Triton despised humans so much? Enter a world under the sea and discove...

Vacay was everything it promised

A lovely holiday romance story with a happy ending. There wasn’t a great deal of conflict but I’m not sure the story needed it anyway. The usual Linzvonc magic makes it a cute and endearing story of love conquering separation and there are the obligatory sexy scenes that make you clamp your thighs together!!

I do love Linzvonc’s work though I found this one harder to get on with. Daniel’s sadistic streak suddenly comes out of nowhere for me after chapters that seem to show him falling for Gisele so I was very confused for a big chunk of the book. I liked that both her and Will found a HEA and he was a wonderful man, doing right by her at all times.

A warm cuddly ending for Him and Me

A classic Linzvonc story with the kind of characters you love in a hero rescues the damsel in distress style romance. I love the build up of their relationship initially and then seeing them find each other. Well done!

I’ve been meaning to read this for a while and I don’t know why but maybe the cover or title didn’t excite me as much as others - however, I’m glad I finally got around to it because it was a cute story with some nice steamy moments. I was disappointed Harper and Bruce didn’t end up together after everything but the ending was still satisfying for her and her chosen beau who was a lot of fun to read about!

Alice’s story was quite a ride

I couldn’t give less than 5 stars because it was a fab story. My only gripes were that I was disappointed with Phil’s story arc, he was so in love with Alice it seems bizarre. I also find it odd she was happy to leave her son, that confused me a bit. Other than that it was a great ending for Alice and I can’t wait to read about Rafe!i

Short and sweet, Linzvonc has given us a lovely little winter warmer! A nice one to pull out each year to get you feeling festive and mushy.

I want a sequel, I love Cara and Lucas so much 😭 great read, couldn’t put it down!!!

Becoming his is deliciously sweet!

What a deliriously happy story! I loved it and Bailey might be my new favourite book boyfriend. Read it, you’ll love it. On to the next one!!!

I have been avoiding this little gem for ages because the cheating storyline is one of my pet peeves. I really thought I was going to dislike it but Linzvonc did an amazing job of making me love Jesse and Kat. I adored them! Connor’s character turned out to be so vile which made things easier I think. Well done girl, this was a great piece of work!

It’s perfect! I really want to know what happened with Fran and Atlas though! Definitely worth reading time. This is a book I’d like to own one day!

Friends with Benefits is 👌🏻

I loved this story - it’s a classic tale of friends to lovers with a couple of bits that could easily be extended and developed - his mum’s alcoholism, their friend’s jealousy and the cousin who doesn’t get mentioned once they’re together - but it’s a sweet story with a few sexy moments. An easy read that’s thoroughly enjoyable!

I read the (intended) sequel first and was pleased this returned to Inkitt so I could have a look. Overall I like the story - cute and curvy British babe falls for notorious American player and their journey is filled with misunderstandings and trust issues. Ultimately the ending doesn’t feel satisfying at all, I’d go as far as to say it could have ended much earlier and felt better. However, I couldn’t put the story down; the writer is so talented and creates a really engaging world you can’t escape.

You will enjoy Stuck With You

This is an enjoyable read with steamy moments that’s easy and dependable when it comes to the plot (I love a HEA!). It does seem to drag a little bit in the second half once they’re back, maybe a bit more of her ‘stalker’ sending her things would make the pace a little better but overall it doesn’t make much difference. I definitely recommend, it’s easily the kind of things I can see myself reading on KU!

The Alpha’s Desire is a tough read

I wanted to like this story and really tried but in the end had to give up. I want to like Myra and parts of her are great, but her weakness for Bane is disturbing as she doesn’t seem to realise he sexually assaults her. Bane is completely unlikeable - a violent, psychopathic rapist. I personally would have liked more warnings that there were such detailed scenes of sexual assault, I kept thinking it would get better but in the end it didn’t. I think the writer as good ideas (hence the 5 stars for plot) but I just couldn’t cope with the amount of forced sex.

My Brother’s Best Friend...ups and downs

For the most part I enjoyed this warming romance about Alicia and Cole. The only sticking point for me was that Cole is quite toxic in the second half, demanding she not work and getting angry about her gay friend contacting her late at night. He also reacts really violently when Alicia is hit on in Vegas. Overall though it’s a nice story with mostly likeable characters and relatable situations. It’s worth a read!

Bending the Rules is fab!

Apart from a few minor typing errors and a somewhat speedy plot, this is a great story. I think it could easily be fleshed out to full novel length, make the early stage last a bit longer, but it’s a great read, enjoyable and lovely ending.

Shattered Dreams is worth a read!

I really loved this story. Short and sweet. I liked the perspective of seeing how two people can move forward after something so earth shattering.

Dreaming of You is a nice, steamy read

This is a chilled out, easy read with great steamy moments and likeable characters. I got a bit confused with all the different characters at first but they all have their part to play. You’ll love, hate and laugh in equal measure when it comes to the characters.

Loved this!! I think it would be amazing developed into a full length novel with some extra bits for the plot maybe such as more of the sessions the couple have to go through and maybe a bit more of their past together. Awesome and unique idea that reminded me a lot of Lauren Oliver’s Pandemonium series in the best way. Well done!! 👍 👏

Say it Isn’t so

This is a great story with likeable characters and an enjoyable ending. Easy reading with the perfect amount of steamy moments!

Lovely end (?) to the series. I’ve enjoyed following this couple through their experiences although the incident towards the end with Alistair was mildly anti-climactic but I think it’s personal preference (I’m too obsessed with drama!). I was hoping for a little more saucy scenes towards the end but all in all this is a fantastic read and if you haven’t read the others then do!

Other than their pet names for each other, I love Nathan and Stig! Great story, super sexy. Loved it.

Knock on Wood (Riders of Tyr)

A bit darker than the others but I liked it! I’m glad some ends are tied up.

Bloody love these books! I like Runner but sometimes his attitude pisses you off a bit but that’s who he is. Well done, another awesome story.

Fight On (Riders of Tyr)

Another amazing book! I absolutely love Vik and once again a strong and feisty lead female in Lysa. Well done!

I absolutely loved this book! I read the excerpt from the first and am following it on Galatea but couldn’t wait to continue the series. This book is so brilliant and deals with complex issues in a sensitive way. I adore Iris and Rage and I think most readers will. Moving on to Book 3 now! I would happily pay for these books.