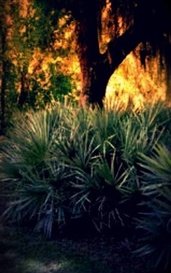 **TRIGGER WARNING- NOT FOR CHILDREN. SOME SCENES DEPICT SEXUAL SITUATIONS, VIOLENCE, AND STRUGGLES WITH MENTAL ILLNESS** Raysia was in an accident that took away her gifts of sight and healing, now...

I would give the plot more stars but I'm not sure where it's going. I love this so far! The character develop is great. 🤩

I know that some people aren't into the whole take charge old fashioned aspects that used to dominate society. Women only speaking when being spoken to. But there is a whole other side to it, in the privacy of their own homes it brought a level of intamacy that you don't get by poking someone on Facebook. I find it refreshing you've included this into your story. But, if I'm being honest, I wouldn't make it in that world. I talk too much and have major authority issues.

A few grammatical errors but I love it

There have been a few typos, nothing serious. But over all I'm loving this story, the development and dialogue seem to flow. There's enough detail to get the imagination going. I like that there's a strong female character to match the leading male. I believe there's a real talent with this author!