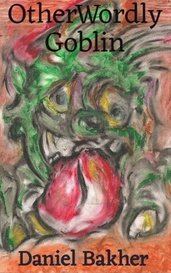 My life finished while sacrificing myself. I saved 2 girls from death, while nobly sacrificing my life. Well, I do hope my endeavour saved them. So what about me now? “Oh? I am a goblin. Awesome!...

Alright, I will start by saying that the story idea is genuine that I was intrigued when I first read the blurp.
after reading the first 10 chapters I found them lacking in many aspects.

1. Firstly grammatical errors are wide in many places in the novel. Always check double times.

2. The main character background is not explained. Why does he do that...and why can he make that happen...what does he think of the obstacle in front of him? should he fight for a goal?
For example, how can he make a simple fire?
How can he horse riding?
How does his abilities are created by the world system?

3. The story progress as if the indifference of the protagonist is: ahh well..the town is burned so let's go to a second town.
Also, he trains and trains non-stop, but as readers, we don't know what are the methods, his feeling, and improvement. Is he a computer? just installing training programs with no feelings?

4. I found it lacking to see the chapters progress with no special meaning in every part of them, So the protagonist suddenly saw his world change into fantasy, does it reflect any important meaning to our protagonist?

5. Lastly, the side-characters are basically non-existent. In 10 chapters I would expect to hear a few names and development. But nothing. The main character just moves from place to place with no attachment to anything.