Dean R Boic hails from South Africa, where he currently lives. He lives a double life, writing by night and working by day, much to his dismay. He writes fantasy 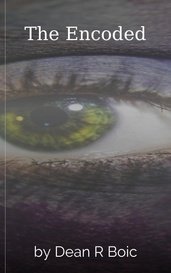 Denicus Boskovic, a normal guy who's just trying to live his life, is called upon by a weird alien race. Against his judgement and logic, he must help them to return to the way they once were. 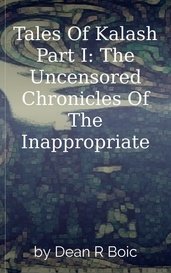 Tales Of Kalash Part I: The Uncensored Chronicles Of The Inappropriate

A young prince sets out on a journey to become a good and proper king, Things don't quite go as planned, but then again they don't work out too badly either. Prince Owain has carnal encounters with...

Very moving story. It helps that most of us can relate too. Very well written. Good luck in the contest!

That Ghoul Ava - Review in kind

a very well-thought piece of writing. Initially I thought the author was a woman because of the sincerity of the words; no offence. As I continued reading I became more and more impressed. If this in fact a novel or novel-to-be then I recommend it to all to read. Highly descriptive and deep with humour to take the edge off. It also has a degree of "humanity". There is a great deal one can relate to in this story

Note from a rival competitor

I like the story, I like the characters and I very much like the writing style; you have a way of building up the excitement with your words alone, ie paragraphing, and using one sentence now and then between paragraphs that signal a clear change in dynamic to the previous paragraph. The protagonist is likable and 'human', in that she battles with cultural diversity daily. This brings in an element of empathy to an otherwise difficult story to relate to; that of a detective. For who can really say that they relate to such a situation, unless they are in fact detectives themselves? The 'bad guy' is described to such an extent that he is not pigeon-holed into that stereotypical antagonist category that most villains seem to end up in, yet he is unique and 'dark' enough to be taken seriously, very seriously. Grammatically, there are minimal hiccups, which I'm sure you will correct before it's completion, but otherwise I find no problems with your story. I have not read the first book, but will most certainly make the effort. 'The Bluebell Informant', however, manages to stand strong on its own, and I would recommend it to anyone who is fan of thriller and mystery. Gripping stuff.

Raw and unfiltered....and worth reading..

Awesome read! really like the use of profanity and well slang words that are used, because as we all know, and all should know, that is exactly how people speak in the real world, and if they don't speak it, it's how they think it. Huge fan of the 'no-holds-barred' writing style, and if I'm to point out anyone in this contest that I recognise as a true adversary it would be this....in terms of subject matter and writing style. Give my novel a read if you can: Tales of Kalash PART I: Uncensored Chronicles of the Inappropriate. It's also in the Grand Novel Contest. Nice work, worthy contender!

I found this story to be sincere and real, despite it being a fantasy. There are things that one can relate to and it feels as though when reading it you are growing with the main character. She has faults like all people and is aware of them. I like the narrative style; its adds a sense of urgency to it that blends in well with the plot. I hope this will be a full-length novel and look forward to reading more. I recommend this to anyone who likes fantasy and adventure, and if you like female protagonists 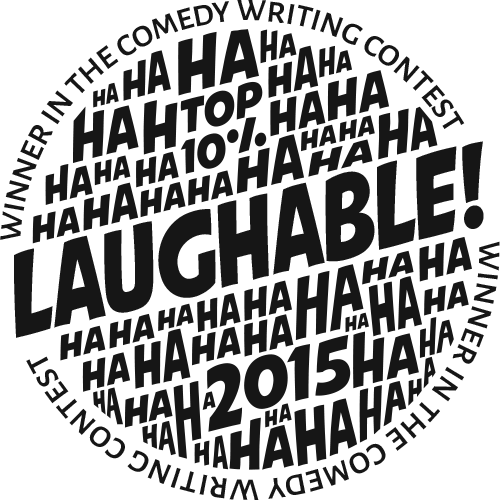