I prefer fictional writing like fantasy but will write just about anything. I also LOVE Overwatch and Skyrim. So yay? Welcome to my page, I guess! 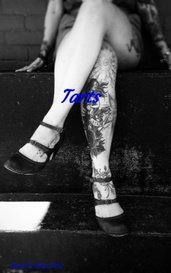 Nayleth has lived with a secret about her father. But his background melted into her life and now she's wisked into a world of magic and ink. Nayleth isn't what you would call normal - not with wha... 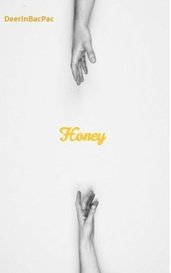 A bunch of poems about people and emotions that I've written over time. Enjoy! Poems. So much emotion. So much to write about. Enjoy!

Drama / Other by DeerInBacPac • Excerpt • 12 chapters

Hi! I figured I'd review your story and so far I rather like it! The plot is rather intriguing, I must say. But there are a few spots that could sound better reworded like this one.

- out-of-the-way booth would sound better if you were more descriptive, saying something like "The two men were led to a little booth tucked away in a corner, the red, plastic-like covering cracking from years of use as the foam on the inside poured out like caramel. The table was clean but had gum stuck underneath it, the once brightness a little bit darker." See? Description is key which you seem to do well but seem to fall short when it comes to surroundings and the atmosphere of the book itself.

But you seem to do well explaining the emotions and mindset of character without outright doing so which is always amazing to see. But your style with describing things other than people could use a little work. Trying looking at a favorite book and how that author tackled describing. Maybe you can get some inspiration!

Say, don't tell is one of the best things to remind yourself when writing. Don't tell someone what a character did, saw, say it. Instead of typing for example, "Nayleth was nervous, She was fidgeting as Sully laid in front of her, a long cut running down his neck and blood gushed out. He was dying." Something along the lines of "Nayleth kept biting her nails, her hands shaking as well. Sully was bleeding from the neck, too much to keep control of with her magic. She didn't know what she was going to do and that was a big issue." Explain whats happening but don't out right tell people. But sometimes doing just that it good, just know when it's best to, is all.

Otherwise, I liked the story. Captivating, in a way. I'll be interested to see where things go! Good luck in future writings!

Good, over all! A little bit of work on tense like past or present would do nicely or your story. And don't forget to describe surroundings as well, that'll help with imagery and the overall plot of the story.

And say, don't tell in some cases. That means that, per say, instead of typing she was anxious, you could type she was rocking back and forth on the balls of her feet, eyes glancing every which way. It made one feel rather awkward if you stared at her for too long. Give clues but don't out right say!

And don't forget to give your characters depth. Don't make them too similiar and I feel like your main characters are a little static right now. Give them a different tone when they speak, when you write them commenting/looking around at people and buildings and other everyday objects. Make them human!

Other wise, I quiet like the story. I'm intrigued to see where it will go and your style is pretty neat and fits very well with the kinda of genre this book is!

Pack up the car, because I'm loading some of my information to hopefully help!

Here's the deal - I love the plot. I am intrigued and grasped by the computer keys that you typed this story in. The main character reminds me of James Bond and Tony Stark, although the mother seems a bit like a clique - innocent to the father's wrong doings. The kids, love them so far; from what I can tell.

I like the car's Siri, Alex, if I remember correctly! Seem's like they would be a good comedic outlet for this story as it continues!

Overall, an interesting and energetic read! Now to find time to read some more!

I loved it. The wording is great, the structure and style. Although, some chapters had grammar and others didn't, thats ok! Just stay consistent, is all!

In almost every poem I understood the emotion and even for those that don't, you can still feel the pain, hear it, read it. It's there and the emotions are raw. Maybe from the writer or a friend of said writer but it's there.

I highly recommend for a quick and though-provoking read.

I really like it! It's structure well, the plot seems relatively thought out and I can see a clear and pristine goal for the main character already! Your grammar is pleasing to the eyes and I'm excited to see what else there is to the story!

Keep up the great work!

I loved the story! You have me intrigued although there were many parts that bothered me about how you handled the style, wording, background and such. Mainly how you described the situation and time period specifically. Although, your grammar wasn't that bad, which was pleasing to the eyes; thank you for that!

I recommended doing homework on the WWII era before writing much more. Having that will be much more helpful instead of lazing around and struggling to find the right words to describe a building littered from bombs or describing the style of make-up that gets brighter as the years go on and how the dazzling trimmed dresses and button-up suits rocked the time period. Or maybe how many women were working in steel factories because men were out fighting! Do the research and the story will flourish, I promise.

Otherwise, besides need more meat, it was a fun read and I can't wait to read more!