I like to write novels in different genres, but right now I'm writing some historical fiction. 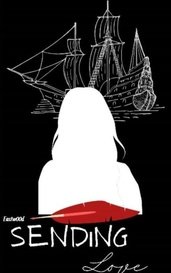 It's the year 1930. Roulette Monsiel and William Alexander are childhood friends who married to benefit their families' businesses. After being wed for two years, the effort to make their relations...

I want to continue reading!

The story stops at chapter eight so that's what this review is going to be based on.

Before I get into my review, I'd like to make it known that I liked where the book was headed and the plot but these are some areas I think could be improved on to make the book even better! I also would like to add that my suggestions aren't to be mean, just constructive! I like the characters. Both Henry and Viola have interesting backgrounds and I like the use of their friends throughout the book.

The start of the book is intense and I could get into it right away. Viola had attempted to murder two people. One of those people are connected to Henry. I like the added mystery of not knowing why she did that. As I continue to read the story, a flashback begins and it seems to be that way all the way up to the newest update. The book continues and you learn more about the characters' backstories and the relationship between Henry and Violet progresses.

The reason I bring this up is because I would like to have seen more details in between the key interactions and time skips to help build up to important scenes (such as the romantic advances). To me, the pace of the book feels too fast. I felt like I didn't have enough time to get to know the characters and really connect because I saw them in minimal settings. I think if there were more interactions, not just between the main characters, that showed other sides of their personality would add more impact to those important moments.

I also feel like some details were left out throughout the story that would help with the flow and help readers get into the scenes such as describing the school for example. I think background information on what type of school it is (high school, community college, university, rich school, poor school, etc) would help. There are many places throughout the book where I think adding detail could apply, but here are a few examples:

My second example is when Viola is missing in chapter 5, she ends up going to her favorite place. Henry finds out and Alex appears to help him by telling Henry where she probably went. Alex didn't tell him where that was and Henry didn't know where that place was but he somehow ended up going to the location. I feel like little details added, like Alex telling Henry her favorite place, would help improve the flow of the story.

The final example is in chapter 1. When Viola is taken in for questioning, I think there would be more impact added if you described her interactions with her surroundings (such as her handcuffs rattling as she moved, her hands brushing the rusty/dirty table as she moved, her laugh echoing in the room, her clapping slowly to mock and taunt the detectives, etc) and deeper insight into what the character felt.

Lastly, I noticed a lot of error when it came to the use of past tense and present tense. That made it more challenging to follow along as the story continued. However, with some quick fixes, the errors would be taken care of!

Overall, I like this book. With a few tweaks, I think this book could really take off!

I want to read more!

Wow, this story made me feel all sorts of emotions. I felt sadness, anger, confusion and happiness all in three chapters. The characters feel real and multi-dimensional. The detail was just enough to fall into the plot and feel like I'm watching a movie. Anyone who reads this will surely be hooked like I am!

I love how this book is written! The blurb was written well, keeping that feeling of mystery. While the chapters are short, they're engaging and will leave you guessing what happens next. There's also humor in this book that will make you chuckle. Like the title, I didn't expect what happened to Rose. I also like how the characters are being introduced. Learning about Henry was startling. While I'm not finished with the book, I'll definitely be reading this to the end and would definitely encourage others to read it!

I totally want to keep reading!

I love the whole plot of this story. I haven't read one that takes place in France that is so well written. I love the little bits of French here and there. It adds something special and makes the story feel more authentic. I was also shocked to learn what crime Ace is accused of. To be honest, I was worried this story would go in the wrong direction (because of the crime), however, I was pleasantly surprised, and thankful, to see this go the complete opposite way.

Another thing I really liked about the story is the descriptions. The way it's written allows me to visualize the whole story very easily. I especially liked the part in chapter 3 where the description painted a lovely image of the flowers.

The only thing I noticed that could be worked on, from what I've read so far, is the overuse of commas. I think if there was some revision then it would flow even more!

This review was long overdue. I'm sorry it took so long, the chapters are lengthy (which is something I like but it takes me a little longer!) and I wanted to take the time to read it properly. Great work, Nour! I will definitely keep reading this story!

I love this story!!

The whole plot is interesting and your descriptions make imagining everything a breeze. The characters are well written and everything flows smoothly. I especially love that she questions the idea soulmates instead of just accepting it immediately. It's refreshing to see the female lead break away from the cliché. Great work! I haven't finished reading all the chapters, but I'll definitely keep reading!