I've been writing since just before graduating high school, mostly fantasy, to which I devour by the shelf when I'm looking for something to read, although I'm also a big fan of Lovecraft and Poe.

Rise of the Red Queen

A High Fantasy Adventure in a world brimming with strife. Follow the journey of an outcast girl, forced into thievery and later piracy as she struggles to survive, her only companion a cursed sword... 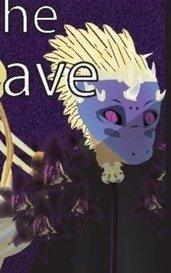 The Will of the Conclave, Book 4 of the Enchanter's Cycle

The third continuation of the Enchanter's Cycle, pitting Surthath's champions against the forces of Dur'Artoth, the god of death. Following the Dread Hammer's successful eradication of Carthspire a...

The Wayfarer of Sune

Having made her home in Cormyr, a wayward wanderer laments the home she's left behind, determined to right past wrongs. As her side, the dutiful knight resolves to help his dearest friend and muc...

The Phoenix Fate, Book 2 of the Enchanter's Cycle

The sequel to The Path in the Shadow and the continuation of the Enchanter's Cycle, pitting Surthath's champions against the forces of Dur'Artoth, and perhaps a being even more dangerous... After a...

The Path in the Shadow, Book 1 of the Enchanter's Cycle

Down a path wrought with peril and betrayal, an unlikely group of heroes seeks to bring peace and balance back to a land plagued by turmoil, intrigue, and the looming shadow of the God of Death. En... 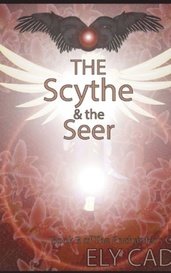 The Scythe and the Seer, Book 3 of the Enchanter's Cycle

The second continuation of the Enchanter's Cycle, pitting Surthath's champions against the forces of Dur'Artoth, the god of death. .. As a nation recovers from the loss of its ruler, its many heroe... 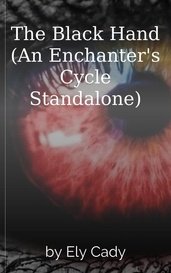 A companion novel to the Enchanter's Cycle, detailing the origin one of its most prolific characters. On an ancient, ruined world, witness the birth of Kogoeji-ni, the Frost Matriarch, one of the G... 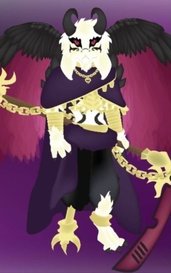 A new AU for the Undertale Game centering on Flowey/Asriel Dreemurr and his desire to help Frisk keep their "Happy Ending" from the true pacifist route. As my first venture into AU fanfiction and a...

Fantasy / Scifi / Based on Undertale by Ely Cady • Complete • 27 chapters

The Scepter of the Sands (Book 3 of the Vicelord Chronicles)

Traveling with the last remnants of her husband's lordship, Vala must seek out allies new and old to take back her home and her station. A riveting tale of the perilous lands of Calimshan and the U... 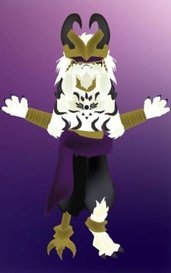 The continuation of the events in Asrieltale, as Asriel fulfills his promises to both Frisk and Ink!Sans. Following the Unique Post-Pacifist Run, with Asriel Dreemurr resurrected and infused with t...

Fantasy / Scifi / Based on Undertale by Ely Cady • Complete • 22 chapters

The Jewel of the Sands, (Book 1 of the Vicelord Chronicles)

An outcast child wanders the realms of the Underdark, haunted by her heritage and a power that she cannot understand. A riveting tale of the perilous lands of Calimshan and the Underdark alike, det... 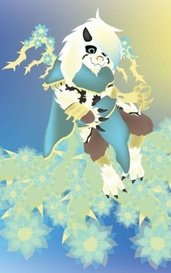 The spiritual successor to the Soulless Angel Trilogy, involving both unresolved matters from previous entries and a new adventure into Deltarune. Taking place in the aftermath of X-Event, a myste...

Fantasy / Scifi / Based on Undertale by Ely Cady • Complete • 30 chapters 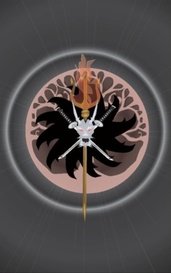 From faraway lands, a shadow descends upon Cormyr. But no shadow can exist in darkness, and some can choose to stand in the light.

The Blessed of Sune

In the midst of post-spellplague Faerun, a wayward wanderer enters Cormyr's borders, bereft of a life and home long lost. Alien in her own homeland, she finds herself in lands and peoples far stran...

Sequestered within the frozen wastes of Cania, eighth layer of hell, Devils and Fiends work foul magics and crafts in the pursuit of forbidden knowledge. But one wicked being has done something unt... 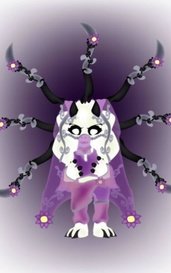 The third and final entry into the Asrieltale AU, following the continued actions of the Fear Soul Asriel and his Delta Core to protect the AUs. Nine years have passed since the fateful encounter w...

Fantasy / Scifi / Based on Undertale by Ely Cady • Complete • 25 chapters 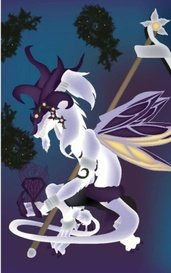 The direct continuation of Dreamborne, and following the "Snowgrave Route" In Deltarune Chapter 2. Something ancient and evil has taken residence in the Dark World, with knowledge of destroyed real...

Fantasy / Scifi / Based on Undertale by Ely Cady • Ongoing • 13 chapters

The Kingdom of the Sands, (Book 2 of the Vicelord Chronicles)

Tempered in the hardship of Faerûn, a young woman plays with fire as she dares to upset the lordship of her new homeland. A riveting tale of the perilous lands of Calimshan and the Underdark alike,...

I certainly think this could be happening somewhere in the same world as The Witcher Series or Netflix's Castlevania. Imaginative and interesting worldbuilding. I enjoy the feeling that there is a great deal of lore just beyond the descriptions given, The gods are intriguing yet subtly threatening and very tangible, alien and eldritch beings more than nebulous forces. I expect a great deal of intrigue and bloodshed to come, and equally expect it to be a wild ride.

I'm not sure if this has a prequel or not, but its kind of hard jumping right into the plot. Would have loved an opening with Alex doing a little more before throwing all the terms in. Like his conflict with joining the religious order or the military could have come up in a conversation rather than him just kind of thinking it. I do this often too so not too big a deal. Its definitely a very rich narrative, lots of details to take in but that's a staple of scifi or fantasy so that works. Good descriptive language, maybe shorten slightly. Well realized characters. All in all I was satisfied with the reading and would love to see more.

On the whole I'm enjoying the plot and the atmosphere; you bring it across like a paranoid crime thriller kind of reminds me of the Zodiac movie. Needs a bit of work on the syntax and descriptive language. Try to Italicize words with emphasis, especially if its someone's thoughts. Also shorten a little; if you can cram an extra adjective doesn't mean you should. I still do this sometimes if I'm not careful. Be careful with past and present tense; I.e. "His hands were deep down in the pockets of his coat" maybe since he's doing it as it's being narrated try "He buried his hands in the pockets of his coat.". Standard nitpicking though if you could get me out of my literary comfort zone and try a genre I've up until now not touched its a good thing.

Kinda reminds me of Fallout 4. Very well realized characters. Leaving the creatures' explanation mostly vague was a good choice that only made them more menacing. Enjoyed the setting but would have loved for the environment and resources to play a bigger part in the plot. Also, specific weapon descriptive choice; machette's aren't thrusting weapons, a bayonet would have worked much better when she was stabbing at the creatures, although with Shep it worked great. That's just nitpicking though. On the whole I rather enjoyed it as a quality post-apocalypse jaunt. Love to see more of it maybe some clashing with rival groups would be cool but looks like more of an anti-new-order kinda thing going looking forward to that..