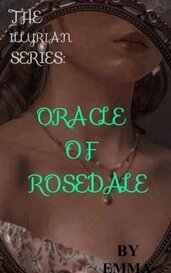 The Illyrian Series: The Oracle Of Rosedale

Three years after her kingdom's destruction, Adria receives a message and embarks on a quest to find the ever-moving Oracle of Rosedale. To aid her on her quest is the highly secretive mage, Violet... 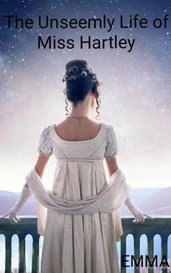 The Unseemly Life of Miss Hartely

Miss Alicia Hartely's life is anything but normal. She was sent to London two years earlier by her father to secure a marriage match, at least that's what she thought. With the arrival of an old ac... 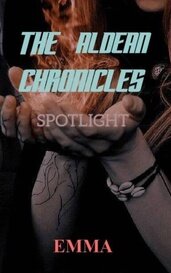 Cassandra's Summer Expectations: 1. Have fun at her first Social Season and make friends with Aldean's high society 2. Spend time with her georgous new boyfriend 3. Avoid Ryppers at all cost 4. M... 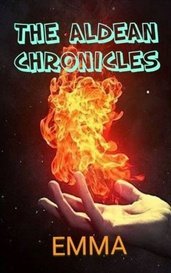 Two years ago, Cassandra found out three things: 1. There's a magic dimension eerily similar to hers. 2. She's the secret daughter of the Queen's brother, Infante Matteo. 3. She is most definitely... 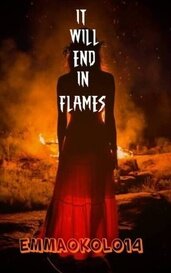 It Will End in Flames

Mikayla has spent the last few centuries running from her captors. She wakes up halfway across the world and finds herself at the forefront of the final batle between the three magical factions. ... 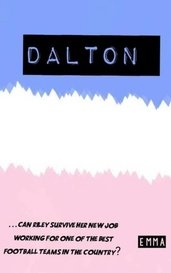 Riley just started her new job at Dalton, an elite football team in the UK. To keep it she'll have to survive her perfectionist boss, Avery, and put up with some of the member's tantrums. Her job a...

The writing, suspense and mystery was good.

The writing was phenomenal, the syntaxes were good, the characters weren't one dimensional.
There's nothing wrong with the book, it's good. The thing is, that's it. There's nothing memorable about it. The plot is predictable, there are no surprises and it's easily forgettable. The author is so good, her writing is also good, she can do so much better.

The characters were good. I like their personalities. I didn't have a lot of notes, because the story doesn't need chapter by chapter notes. The writing, syntax and punctuation is all good. I have overall notes though. It took me days to read this book, I was actually reading a different one before switching to this. WARNING, this will be harsh.

The plot is so...much. This isn't a book, it's more like a trilogy stuffed into one. It's too long and too many things happened. It is so hard to keep track of everthing. The author just wrote things and didn't care if we could follow along. The chapters are too long, especially for people reading on laptops. It feels hard to read every word.

And the characters are so inconsistent. They say one thing in one chapter and something completely different in another. I don't even know how old they are. And I don't get their monarchies. Everyone is too unstable and irresponsible to lead a country. Also, are the countries on Earth or in a different realm.

Another thing, the book has too many main characters. The time switch doesn't help. Especially since it's sometimes months apart, all that isn't necesary. The characters can just have flashbacks. Another thing is the summary, I had to read it over five times to get the plot. It is so confusing.

Also, what is the deal with Cassandra's character. They were married, legally married. How could he just divorce her and disown his son and marry someone else, were are the consequences. And he threw them in France and visited them often, did he think his wife wouldn't know. And why did Caroline become King regent, that felt so unnecesarry. And who is sponsoring their war. Because you can't rally troops without the King's permission.
Anywho, these are my thoughts. Thank you.

Read the story now
Nora and Erik: When we were nothing by Vioshed
Overall Rating
Plot
Writing Style
Grammar Punctuation

I did not like this. The male protagonist was abusive emotionally, physically and sexually. I like to think we've evolved as a society where that isn't considered love. Nora's only characteristic is that she's been abused, that's not a character trait. Her 'saving' from Erik didn't even make sense. There is no, absolutely no world in which they will end up together. It's disgusting. And also, he first saw her when she was ten, again eww. As for Claudia,I feel so bad for her. She deserved better. And I hate his mother and 'the Collins'. They're all terrible, if you want to create anti hearoes, at least give them motive, intentions, backstories. Don't just make them flat.

The plot is fresh. Very entertaining. The protagonist is a fighter, that's an admirable trait.