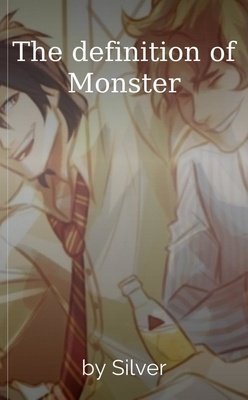 The definition of Monster

A secret well kept. A boy in pain. But a chance visit to the hospital wing the day after the full moon will change all of that. Will his worst fears come true? Or will he finally be accepted?

Other / Humor / Based on Harry Potter by Silver • Complete • 1 chapter 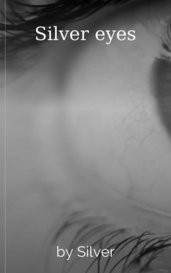 It´s been a hundred years since democracy was vanquished and The Pravus took over. Not that I care about that, my only concern is staying alive. And for me, that is hard enough as it is.

Firstly, good story. It has a nice storyline and the writing is fluid. I like Tadashi, his character feel believable and corresponds with the little we see of him in the movie, nice job. But since this review is supposed to help you and the story get better, I´m gonna be a downer and focus on the things that need work rather than the good things.
Your technical skills are good but not perfect. There are a bunch of sentences and words that just dont fit. My advise is to read it outloud to yourself, it makes it alot easier to spot things like that. It also helps with getting a sense of the flow in the story.
Dialogue is nice, but I feel like there needs to be more of it. Remember that it is a good was of relaying information so you dont have to use inner monologue all the time. Maybe Tadashi talks to GoGo or Honey about his problems with Sam? Or Wasabi maybe? (I dont feel like he would ask Fred). That way we get a sense of what the others are thinking about the whole thing. Speaking of, we dont really get a sense of what the others feel about Tadashi´s problems with San, which is something I feel like they should notice. The story would do well with more perspectives.
When it comes to characters I feel like you´ve nailed the characters in the film. I would like to see more Hiro, but thats mainly because I just love that snarky little brat. (I cant wait to see what he says to San. Probs something along the lines of "So you´re the one who´s been an asshole to my big brother huh?").
When it comes to San though I feel like her character is mainly unexplained. Judging from her cryptic remarks, she has some kind of dramatic backstory that will be revealed later, in which case its good. But her coldness just seems very strange to someone who doesnt know her backstory and its getting really, really difficult to like her. Try to add something to make her more likable before you accidentally destroy her character by making her seem like a complete jerk, something that I imagine might damage the story somewhat. You´re good right now, but it is becoming an imminent threat.
Well, thats all I had for now. Great story, I love Big Hero 6.
Keep it up! Ill keep on reading and reviewing.

As the title suggests, I loved it. The story, the charachers, the world. Completeley amazing. Now, I could go on and on about what was good with this story but that doesn´t seem very helpful,so instead I´m just gonna point out the one thing I thought could be improved.
The back-story of the characters are great, so I wish you would do the same thing for the world. You get most of it explained to you after a little while, but there are still some parts that seem to fuzzy, like are the FD and MD separate countries or just areas? Are there even countries? Where are they located geographically? Same with the desert, where is that? It isnt even a big problem, but it gets just a little confusing when you´re reading certain parts.
Anyways, I love the idea of the powers and how they work, an uncommonly well developed fictional-power-science-idea. Looking forward to a sequel, Im assuming there is going to be one.
Anyways, I hope you get this published. It sure deserves it.

And the plot thickens...

Alrighty then! I´m just going to start out by saying that this is really quite a good story. I´m going to go over every point, saying what was good and what needed improvement.
Firstly, plot. Its a good premise so far. The story had some very intersting points, especially with the glasses. I love the idea, its so interesting! On the other hand, its a bit slow for chapter four. By now it should be getting more exiting, otherwise the reader might get bored. Personally I would have made this into two chapters rather than four, that way it feels like its just the beginning. Also, the plot is a bit unclear so far. I dont know if that is intentional or not, but I am very confused about what type of "stories" Peter is talking about. Ancient Greece? Rome? English/German folklore? Scandinavian? All of them? Its need to be specified. Usually an author would pick only one culture and then stick with that, but you´ve hinted at several of them. Goblins (and Peter is a goblin, not a dwarf, dwarfs dont have pointy teeth) are more northern Europe and satyres belong in Greek Mythology. This is something that could either play out really well or turn into a shipwreck. Tread carefully.

Secondly, characters.
The characters in this story is what reallt kept it going, especially Jessica. As a young woman with OCD tendencies myself, I think the character is very well written. I like how she is and I think she is complex enough for these four chapters. But dont forget to evolve her as a character as the story progresses, its a common misstake I see many people make. I also like Peter and Giles. Especially Giles because he seems like a good guy but not a nice guy. Its a good contrast and it gives the story more deepth. Not all good characters are angels.

Writing style, over all very good. Text has a very nice flow, none of the hiccups you usually find. Dialouges could be better formated, its difficult to keep track of who ways what if there is alot of talking.
Technical style is the same. There was a few sentences in the beginning that need a look-over but other than that it looks great.

I´ve always loved a good superhero story and this is shaping up to be one. Good for you, superhero stories arent easy to write as their most common format is television.
I didnt really get much sense of the story yet, hence only three stars. I´ll put it on my reading list and update as it progresses.
Grammar is great, I couldnt find anything. Writing style is also very good, though as always it could use work. I rarley put five stars on writing style. Try to experiment a bit, at the moment it doesnt really have a personal feel, it very textbook. This of course also means that its very good, but a bit non exiting.
I shall update regarding the story when I get a feel of it, but please, dont focus all of the story on the love triangle. Put some into the characters as individuals first, otherwise it´ll feel rushed and it will be very non exiting. You cant feel for characters you dont know.
Keep it up!

Now, since there isnt much plot for me to review yet I don´t have much to say on that account. I will update as the story progresses.
This is a good start, some mystery, some confusion. I really like the first part, its fun and different.
Just one thing, when doing this kind of opening, less is more. Trying to establish character relations early defeats the purpose of having this type of prologue (I am referring to the unknown woman having some kind of bad blood with this Pathfinder). You want to keep the voices as un-human as you can without making them sound like enemies.
This type of opening is also a good way to get to know the main character, so try to work parts of the main character´s personality in instead of the others.
When in comes to grammar, it´s very good. No complaints there.
Writing style is good enough, but it could improve. Remember, you dont have to describe everything in detail. The reader can understand a lot even if you dont say everything. Try to work on flow too, its good but some parts of it still feels a bit choppy. Read it outloud to yourself, its a good way to find things that sound off.
I´m looking forward to seeing where you´ll take the plot, it has alot of promise and uncertain elements, its really exiting. Keep it up!

This was really very good. I would have given five stars, but I think you can do better. Grammar and such was very good, I only caught a few misstakes and none of them were big enough to disturb the flow of the story. The writing style is very good and has a nice flow, though it could always improve. Try do find a signature, something that stands out. The writing is very good, but it lacks indentity in a way. Try to find your signature, read stories on here to see what I mean.
Plot seems good so far, I especially like the second chapter. The first chapter was good as well, but it felt a bit like you were fumbling, trying to figure it out as you went along. The first chapter just feels plain compared to the second.
Also try to work on the characters in the first chapter. In the second we get an established relationship and bits of personality, but it feels like we didnt get that with the first one.
All in all, good job. Putting it on my reading list and will update as you progress.

Its a very good story you have here. Felicity´s ability is interesting and original, I love it. The setting of a hostpital was a good choice, especially since we get the scene with the other interns, gives it a very real feel. There wasnt much plot for me to rate, so I´ll update as the story progresses, but what is so far is very good. Your writing style it great and has a nice flow, try more descriptions since that will give the world more dimension, especially since you have so much potential for nice visuals.
Technical skills are great, I couldnt find anything, but I´m not a native english speaker so you might want to get someone else´s opinion as well.
Keep it up and I will update my review as the story progresses.