i just do my best 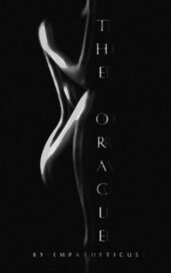 The kingdom of Arcaedi and Itos have found a peace agreement in the midst of war that plagued all of the hemispheres. On the horizon is a New World waiting to be conquered, while the current has co...

Fantasy / Other by Empatheticus • Ongoing • 6 chapters 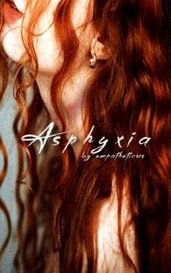 Suicide oftentimes leaves the families and loved ones in disarray when they are left to pick up the pieces. This story is no different, however, what does it mean to see the ghost of your lover in ... 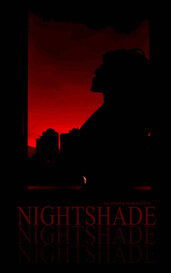 Elois De Lune is one of many vampire daughters that are subjected to the corporate rule of Nightshade, the oasis city of New Drapnir. Humans and werewolves were assimilated to the boot of vampiric ...

Sarah in the Shadows,

This story has so much potential in it, but there are a few notes as you write this story. Please don't feel rushed in your chapters, take as long as you need to get through scenes and don't be afraid to add the italics and bold options to emphasize sounds/character emotion. I felt really underwhelmed by some scenes and excited for others. As far as grammar, there are only a few mistakes, but really I want to see more as you progress through the story! I'll be peeking in until you finish!

This story is capable of having someone on the edge of their seat, and while there are some hiccups like the detail in locations, it's clear the writing style is to set up the plot before allowing the reader to understand why they're doing what they're doing. Clever, and intriguing! It can be sort of rocky in the dialogue, but it just adds more mystery to the characters themselves.

All in all, the comedy and the charisma of the dialogue, as well as the quality of description, was absolutely stunning. I want more of David in the midst of a pre-mid-life crisis. As a dark comedy fan, I really wanted to love this, but could only end up liking it. I thought more of it as a Woody Allen awkward comedy than a Seinfield sitcom. A lot of the events and chapters made sense up until the end, it felt like you were skipping after-scenes for the sake of an imprint the initial scenes had. Like you were rushing to get to the next bit. For example, when Elizabeth and Dave were at the burger joint. There was no end-clause, just Dave complaining abut the end-state of a corporate American food label which is fine, but the mention of other events unexplained and skipping around to the dialogue made it seem rushed and very "What you see is what you get,". I will be reading into this as it goes on, because it's not over yet, and I'm sure I might be wrong about some of my closure observations.

Novels like this make me wish I had an August of my very own. The sauce and steamy scenes remind me of whimsical passion in my youth! 5/5 stars!! Please give me more, haha!

WHAT DO YOU MEAN THE END?

Eventually, all good tales must come to an end, but in this case, the author really pulled every heartstring I had until the final page. I recommend reading it, again and again, to recapture the raw emotions depicted within!

I had trouble getting into it at first since it was a little bumpy, but just a few fixes here and there would absolutely make this story! It seems lazy up until you reach the third chapter, and you can tell the author's true colors show! I wouldn't mind reading more as everything comes alive!

The plot is really interesting, i’m a sucker for greek mythology and all things romance.

I could only give the plot four stars because you need to write more! The world you've created is facilitated with fascinating concepts and dark turns, I wish there was more to read! You said it was a short story, but I vote it should be ongoing!

I don't know how the author took such an average, everyday scenario, and made it feel so fresh and new! If you're looking to escape into a fantasy with two hot men, then look no further! Excuse me, while I wash my face off with cold water..

I always loooove being put on my toes by diving into a new world like this! I've only gotten freshly introduced but I want answers! As for the few typos, I dont even care, I just want Callie to be happy & safe!!