A girl with a turtle and a sense of adventure. 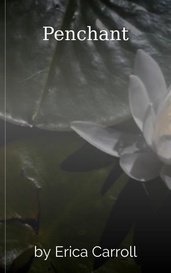 A realistic love story for dreamers at heart.

I was only able to get through Nathan's part of the first chapter, but I intend to come back and finish it. That being said, I will give you some feedback on the part I could get through to tide you over til whenever I find some more time.

You have an incredible voice. For the most part, the story flowed nicely and the hints- oh, the hints- they were subtle enough but they made sense. The reveal at the end was intense and exciting! You did a really good job with that.

The plot: I can't really say all that much about it thus far, but for a hook, man you've got it.

Description: Incredible. You really have a way of putting an image in the head of the reader. Great job!

The hook: The first paragraph drew me in immediately!

There were some minor grammatical errors. Be careful with run-on sentences- there were a few of them. And a few missing commas. But, as I'm assuming this is a rough draft, it's kind of to be expected. I definitely have a few in my drafts too.

The first page-ish: While the first paragraph was enticing, the subsequent paragraphs took me out of the action. I think the information provided could be provided later in the book; it seemed like things we didn't really need to know. How I would have done it (and feel free to completely ignore this) is focusing on what is happening and less on the thoughts. Start with your first paragraph. Describe the boy. Then use that fantastic line you wrote- "The boy had a name... old." Backstory can come later- this section is purely to hook the reader and I was more interested in what was happening.

There are a few points where you could have shown rather than told. Like, when the man asked his age. Rather than saying that Nathan was annoyed- we all know because of things you said earlier that he would be annoyed- you could show it in his mannerisms.

And lastly- try to beef up the dialogue a bit. What are the people doing as they are talking? Did the man raise an eyebrow when noting the boy's age? Etc. etc. It could just be expanded upon- and you're great at description so I know you can do it!

You have a great start here- I can't wait to read more! Keep tuned for an updated review as I continue to read.