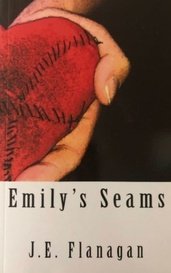 Cure the haunting pain and guilt of loss by having a drink or two with a ghost This is not your typical ghost story. Yes, there are ghosts. Four of them to be exact. But none of them rattle chains ...

Dinner with Jackson: he'll watch your 6 and pick up the check

Immaculate Crossroads is the story of Jackson Forbes, an early retired tracer for an insurance company who gets pulled back in the game with the promise of a hefty payday in exchange for his cool head and quick thinking. His job: retrieve archaic documents that everyone, from the pope to some rookie treasure hunters, have their hearts set on finding first and for keeps.

This story embodies everything that is fun about the mystery-thriller genre: a main character that is smart and a genuinely good guy with a reputation that precedes him, a cool femme fatale character that warms to our main hero and, of course, treasure hunting.

It is listed under mystery-drama and with good reason-there is some very lovely and heartbreaking moments between Jackson and Anita, as they find safety in each other. This isn't distracting from the action as Jackson always has a reason to be paranoid about his safety and Anita's.

In the spirit of constructive criticism the story needs a tight edit to clean up grammar and punctuation. I would also suggest a very clear idea of who Anita is, what she looks like, the things she likes, the way she acts and the things she says. She started off Taiwanese I believe but later was described a bit more vaguely-could be white, could be Asian, could be Spanish. I also noticed she began to take on Jackson's style of speaking, for example, saying shish/sheesh which seems to be a Jackson specialty. I think this could definitely work in later novels but in our first introduction of her, I think she needs to be outlined clearly and kept as such, with a gradual softening of her character...like maybe she really only takes to Mandy initially and then warms to the rest of the family. Take this with a grain of salt, just one person's thoughts.

I would also suggest very clearly laying out the history this story is based on, the history of DeMolay, and continuing to refer to it throughout the story. This is simply because readers are constantly having our attention pulled elsewhere and need the reminder: oh yeah, this is what the main character cares about and this is why I should care about it too. Plus, religious history is super interesting.

The author is clearly well versed in this genre and has created a hero who is easy to love and relate to: blue collar enough to eat at the local diner, observant enough to keep his number one gal safe and humble enough not to brag about any of it. Looking forward to more Jackson Forbes' adventures!

Creepy in a fantastic way

The Boogeyman reads like the premise of a film noir. I could almost hear the ominous violins' warning crescendo in the background. Murray, the main character, is a young man plagued by nightmares. They have overtaken his life to the point where he is dependent on daily sessions with his psychiatrist just to keep from falling to pieces. The themes of repressed memories, murder and dangerous, almost experimental psychotherapy are not new but they are so enjoyable all the same.

The Boogeyman employs a writing style that is superficial in quality, showing the reader scenes and characters that are familiar such as the loving mother that cooks gourmet feasts for all, the strong but silent father, and the good doctor. In my opinion, this was the perfect choice for this story because it allowed the feeling of paranoia to really seep through the cracks of the familiar backdrop.

There were a few inconsistencies that could be my error for missing, for example, what did Murray end up getting his doting mother for Christmas? And how long had he lived in Boston? These, I must stress, could be my mistake and they did not at all distract from the enjoyment of the story. Grammar errors were few and it is overall very cleanly written.

The Boogeyman is well paced, intriguing and delivers a fantastic story climax that is well worth the read.

These Lovely Forms is about Jadin, an angel tasked with marking humans meant to pass, and Alli, a highschool senior and Jadin's next mark. When marked, Alli displays a rare reaction, one that slates her for afterlife duty. But her death does not go as planned and Jadin is tasked with ensuring the natural order as he knows it is not disrupted.

This story is young adult, super natural and romance in genre. It most reminded me of the Twilight series and I say that as a fan of those books. The writing in These Lovely Forms is better than Twilight and the story is more interesting, but the base of it, high school girl trying to unravel the mystery that is this brooding stranger, while developing feelings for him is the same and just as consumable. Alli is also a richer character in that, even at such a young age, she has experienced trauma that greatly influences her choices and her very character.

This story is written in first person voice, alternating between Jadin's and Alli's perspective, and I think this works well. Because of the POV used, the story gets heavy under the internal musings of the characters at times but not to the point where you just need to put the book down. It is well paced and with some objective editing, the story will be even better.

These Lovely Forms is a very good story, cleanly written with only occasional spelling and grammar issues. The characters are written so that the reader quickly slips into their lives and cares about what's happening and why. The last third of the book really delivers and I am most looking forward to the sequel!

Giving up the Ghost is chaotic...in an incredibly beautiful and honest way. The story unfolds through a series of letters that Girly, the main character, writes to her mother who has passed away. At times it is stream of consciousness in style, almost overwhelming, but the author's intelligence and observation of human nature always shines through.

The plot itself isn't what held me. Of course, the idea of someone trading their soul for a best friend is intriguing but Cura, the demon Girly makes this deal with, feels like more of an embodiment of that connection we all seem to be searching for, rather than a plot device. At one point the theme of home and our search for it becomes important to both characters, and I couldn't help but think yeah, I get that.

Given the style it is written in, it would have been easy for the author to be technically sloppy with the writing but that is not the case. The writing is first person, colloquial but intelligent and sharp at the same time. Interspersed with the conversational tone of the letters are examples of Girlie's writing projects for school that are more formal and even further demonstrate the author's love and skill of writing.

I think anyone, whether they are young, old, LGTBQIA, green, pink or purple, will identify with the main character's aching loneliness and ongoing search to find some meaning in life. Girly takes the reader right into her confusion, pain and also her moments of peace. This is a beautiful, intimidating and at times, uncomfortably raw piece that actually moves you with it's truthful confusion.

Give this story time to evolve. It's not what you think it is.

I have to admit, I didn't really love the main character, Annie, at first but the deeper I got into the story and actually began to understand her as a vehicle for the story's plot, my dislike subsided. She's perfect in delivering this story. Neurotic and selfish at times but an excellent reflection of those very human qualities that all of us share.

There's this amusing theme that runs through the story of cleaning, and how it can be so soothing and distracting from the painful truths the main character is hiding from. I think many people can relate to this and this made many of Annie's thoughts and observations seem so genuine.

Mim is just fantastic. What a wonderful character, an excellent balance the running neurosis of Annie's inner monologue.

There are some very surprising chapters that seem to just come out of left field, delivering a writing style and subject matter that would be out of place if not for the important insights and development they provide the different characters.

In the spirit of constructive criticism, this story needs a tight edit in terms of occasional grammar and punctuation errors. I also noticed a flipping of tenses but this could be intentional, given that it is written in a first person voice, It was not distracting from the quality of the story.

I think this story has a very honest core that is nicely dressed in interpersonal mystery that spans generations. I think this shines through so beautifully in the last chapters. No peaking or skipping to the end! Coming Clean is worth your time. 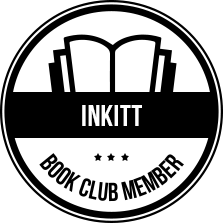