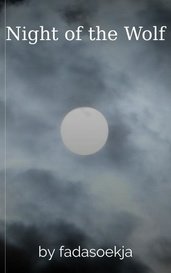 Night of the Wolf

Tonks and Lupin. The Beginning.

Fantasy / Romance / Based on Harry Potter by fadasoekja • Complete • 8 chapters

Hi there! So I read your story, made it all the way through. I had trouble getting into it in the beginning but your plot kept me entertained. I like the overall concepts you introduced in this story. At first the plot seemed too obvious but your characters deepened as their pasts were revealed and their relationships were analyzed. For instance, you did a good job of making me dislike Alexander in the beginning but then change to liking him after you described his past relationship with his father and such. And I like that you included secondary characters as much as you did. I particularly liked Grace and Oliver, they were both funny and important characters.
I also liked the way you described action in this story. I could really see what was happening very well. That being said, I think your story could use more details in the setting. For example you could describe places like the forest and the town they went to in more detail to make your reader really see where the story is taking place.
Also, though I mentioned I liked all the background and information about the past you gave, I think you could have done this in a more subtle and less revealing way. This is something I often struggle with in my writing, not to give all the information up front. Instead of going into a long-winded narrative about Aria's past you can give a few details, maybe in a flashback, and leave the rest up to the reader to guess and imagine. Your story drew me in but I think it would be impossible to stop reading if you let the reader puzzle things out a bit more for themselves.
My last suggestion is that you read your story out loud to yourself and go into the editing process a bit more. I felt like there were a lot of confusing sentences and some fluff that could definitely be cut. Anyways, good luck and keep writing!