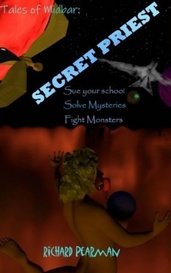 Sue your school! Solve Mysteries! Fight Monsters! That's how to deal with being the only boy at your school who hasn't had sex. At least on Midbar. On the planet Midbar, only the Vineyard magis is ... 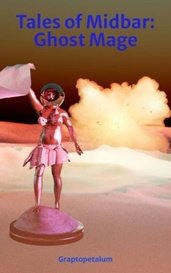 Ghosts are merely images of past events and can be revealed by associate magic but not very well, until now! The mage Keredin has developed a reliable form of ghost magic. Most the leaders of Arama... 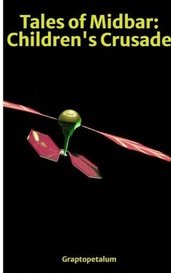 In the Malchut universe, magic and even knowledge of it is suppressed. Most humans have been modified in various ways by nanotechnology. Humans have been driven from Earth and hounded across the ga... 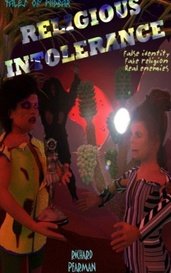 Mouni lives on the planet Midbar. Her parents suddenly decide to move to notoriously creepy village of Minris and assume false identities as followers of the despised Winemaker religion. Mouni is n... 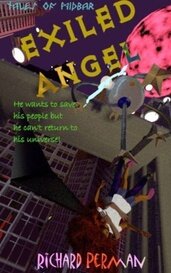 Fifteen year old Tom Moon (aka Tenacious) is determined to rescue his colony. They were in Sephir Midbar-Malchut, a universe where magic, and even knowledge of it, is suppressed but human's make ex... 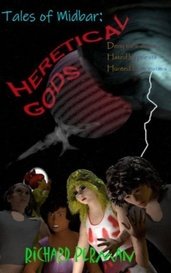 "The avatars are here, I'm here, the anav priest is here, Sixteen is here, the Mysterious Monsters are here, flying anavim are here, the Prophesied Ruination is here." - Breeze, Vineyard Magis. The... 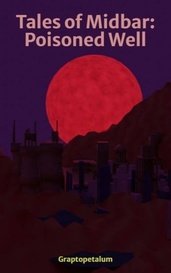 It's a new academic year at Midbar's only University (at least in the Binah universe). A new group of students are starting but will the Prophesied Ruination and other problems (or are they all con...

Only read the first chapter but I may read more as this is intriguing. I'm not sure about the use of the present tense. It's unusual but it may add to the somewhat uncomfortable feeling you seem to be going for. There may be a better way to start, it's good to have a hook at the beginning. It's clear we're in some strange world although not your classic medieval fantasy type world. There's a combination of the familiar and the weird. Your descriptions are very vivid.

I only read the prologue and first chapter. Therefore I don't know where the storie's going or how cleaver the plot is or if the author has been sneaking in Chekhov's guns.

I'm not a fan of writing in the present tense. Perhaps there are some cases where this is good but I'm not sure this one of them.

Calling the two groups "Ebonies" and "Ivories" doesn't really sit right with me. As the main character is both, I guess we're going for some anti-racist message. These group names are bit obvious, or are being mislead here? They clearly look different, but we're not told what they look like (I had an early version a "Tales of Midbar" story critted once and people really didn't like me having different races but not describing them) and seem to very rarely interbreed. The rarity of interbreeding would suggest that either these groups have only come into contact recently or have some biological barrier to interbreeding, which would make them different species rather than races. People don't normally refer to people of mixed race as "both", perhaps this is something different from interbreeding between species and races (two dominant genes one giving people antlers and the other fur, so Naomi would have fur and antlers or something).

The normal names of the characters would suggest that we're a future version of our world, which makes the Ebonies and Ivories even more puzzling.

I found it strange how Naomi didn't seem to know what the area around her house looked like. It was also odd how she described her parents(?) as "him" and "her". She also seemed to recover very quickly from a horrific trauma. She tells us about different types of trees and wood. Perhaps there are explanations for these things.

I think it's obvious that the disease the children are supposed to have isn't what it appears and doctors are lying to them. If this is going to involve medical technicalities, how well researched is it? I couldn't tell from what I read.

There are also some issues with spelling and grammar.

Might be a good idea but perhaps needs more work.

Some issues but intriguing

Seemed to be giving backstory, when the old man spoke of their history but then Cur claimed it wasn't true. Cur seemed overly brutal but perhaps there are reasons for this. I don't think he's a very likeable character, perhaps he gets redeemed or this is understandable if know his, probably horrific story. Is he the villain or the hero or neither? Then the villagers didn't seem very nice either.

Not at all sure where this is going. Not sure if I'll read any more but I am a bit intrigued.