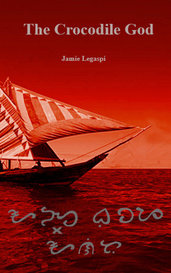 When the conquistadors came, the Tagalog sea-god Haik lost his family, his community, and the stories they told about him. Five hundred years later in California, Filipino-American Mirasol finds a...

Rough around the edges, but a great start.

The plot and characters of the novel are pretty straightforward as of the first three chapters--there's a secret war between angels protecting humans, and the monsters who prey on them. Our protagonist Emma Harb is an accidental casualty of one such attack, but the angels who did damage control forgot to wipe her memory afterward. This will inevitably rope her into an Otherworldly battle between Heaven and Hell, as the teaser denotes..

Like most new authors, there was too much telling instead of showing, so between that and the standard characters/plot, it was a little bit slow to read. A lot of things (character descriptions, personalities, dialogue) could easily be compressed from several paragraphs into one after a good round of editing,

However, everyone has to start somewhere and this is definitely a good start. I'd love to see the completed story and what type of writing style the author develops.