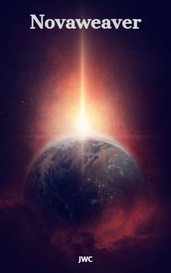 Maddie Singh has just moved into a new house with her parents and annoying little brother, Taranveer. Everything’s coming up awful when Maddie is snatched into space by a mysterious group known onl...

This first chapter of Aurora's story is a lovely glimpse in what has the potential to be an interesting, lovely story about a woman who is learning to come out from under the shadows and thumbs of overbearing men in her life.
I truly feel your character work is your strongest ability. I was repelled by David, and really loathed him from the first time we met him. I had a clear image of everybody at the church, and everybody Aurora referred to from her past. The horrors of her father's abuse, and the recoiling from David's thigh grabs were vivid and well-written.
I know you've said your story is in the hands of an editor, and with an extra set of eyes on it, the few punctuation and grammar errors that cropped up will be easily fixed.
One area where I wanted you to make a choice one way or the other was your dialogue. You switched back and forth between the dialogue being written like a script (Aurora: Now is when I say things.) and more traditional ("Hi Crystal," said Aurora) style speech. I think both are fine options, but I wanted you to pick one and stick with it by the end.
I also wanted to let you know why I gave you 4 stars in 'writing style' instead of five. You have a strong and interesting voice, and I'd really like to see you embrace it and trust it. It will serve you well.
All that being said, I am looking forward to reading more, and adding to this review!

I have absolutely enjoyed the beginning chapters of Sofia Corsi's 'The Social Misfit.' I loved the slow, breezy development of the characters of Joseph and Persephone (Sephie!) I got a great feel for who they are as people, and what kind of parents they might be as the story switches from them being expecting parents to actually parents.
Being a parent myself, and all those thoughts and worries that go through your head as you prepare for the baby on the way, I felt that this story has so far captured those feelings quite well. Picking the right name for the baby, wondering how you'll be as a parent to a boy or a girl, it's all there, and it adds a lovely layer to the story.
Apart from a few little technical hiccups (nothing story-breaking at all) I was thoroughly engaged with 'The Social Misfit' and can't wait to read more. Thank you for sharing it, Sofia!