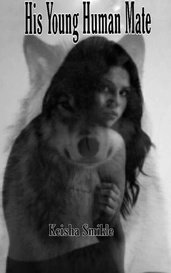 Zinea, a young beautiful orphan who has no knowledge of the other creatures that humans live among suddenly has an unexplainable pull towards something she can't understand and later realizes she i...

Amazing book, but the end confuses me

This book was just so amazing... I loved it.. I loved the curiosity i had for each main character, especially James... I loved how the things he did and said kept you in suspense and wondering until the answers came out long after... I love how the characters and scenes were built.. The writer has amazing skills..

However editing is needed as there are some technical writing errors, especially with spelling, but not too bad for you to not be able to understand what was written. Also I can't seem to understand what exactly happened in the end. Happy endings are cliché but the reason for this sad ending wasn't clear. I don't understand why Rea left James, he opened up to her and explained everything about the ex and she should see that his wounds seem fresh and he's still hurting, she's his first gf after Veronica so she will have a lot of work to do in regards to helping him with his hurting and learning to fully love someone else, as well as fully letting go of Veronica. They had challenges before they were officially dating but you're telling me that the very first challenge that comes after them being official and after her declaring that she won't leave him, she just turns hér back on him just caz he acted out of impulse due to hurt? He was hurt about Veronica's death and promised himself to kill the man, so as his new gf its Rea's responsibility to talk to him about it and help him to see clearly what he's really doing, and we all know you can't talk with sense when you're angry. So yes she should've ran after him & try to stop him, yes she should be emotional that the man almost hurt her because of James' stupid impulsive actions, but she should have stayed and helped him see past hurting someone else just because he's hurting, why turn your back on someone who's hurting and just needs help and guidance after you've already started to open the person's broken heart? Smh i just feel sorry for James now caz he's gonna go right back to where he was before after wasting his time to start loving Rea, and i know it took him alot, and he's also gonna think he's not worth anyone's love. Rea should've just left him alone in the very first place.
I have read many books that didn't end with a 'happy ended' and they were amazing caz i hate clichés.
If they had left under other circumstances and the book ended well no problem, but Rea has no good reasoning to why she left him smh.
I just don't get it.

I hated how this book brought me to tears, like literally... I was literally crying at the end of this...This is an amazing book...im almost finished with the third book right now.. This book is short of nothing...lovely!!!😊 great job author

I love the story line... Its amazing...amd there are so many cliffhangers... The writer has u in suspense quite often, have u wondering whats gonna happen next... Some parts are unpredictable, which i love caz i dnt like being able to predict the whole story... And the epilogue???? Shit... I love how she ended it, honeslty... I only didn't likw how some of the characters: points of view were given... can't wait to start the next book

With all due reapect to the author's efforts i must be honest so he/she can improve themselves. I did not like this story one bit. At first the storyline grabs you so you may continue reading but it turns out to be very confusing in some chapters and some parts of the story just doesn't make much sense. There are also some unnecessarily random events such as between Mel's betfriend and the male nurse as well as India. The title of the story is "caged" but the author does nothing much to depict anything about being caged, the story is centred around so many other things instead of the title. The ending of the story is also not pleasing but isn't much of a big deal like the other disappointing areas.
However, the author does have a great writing style and descriptive skills so he/she can use that at his/her advantage and try to build a better story next time.

oh my god! i never knew the author was the same person who wrote jungle witch... when i first saved this book i did it because it remimded me of jungle witch and the writing style as well while i read it. This book is amazing. The characters, the storyline, everything. I also love how it ended, leaving to the reader's mind to figure out that Luca and Rae are going to get intimate, instead of writing an epilogue saying they got romantically involved and lived happily ever after. I love the ending... Very good book author

one of the best novels I've read

I have to say at first I was reluctant to read this (although I had saved it) due to the small amount of pages and not all short stories are good. Well, this writer has way surpassed my expectations. This is one of the best novels I've read so far here. The writer's descriptive skills amaze me even more each time I skip to another chapter. Her imagination is awesome as well and her writing skills make it seem as though every character is real. I love how you've formulated the personalities of Drea and Hunter, as well as Ryka and Max. I've never given five stars for everything before. Very nice work

I don't even know if i have words to describe this. This book is just amazing. It remimds me of Alpha Ethan in many ways. I'd recommend for anyone to read. I'm looking forward to the author's 2 other extension books. great read

This was a fun read

This book has peaked quite an interest. The twists in the plot and outcome of each issue was just amazing. The characters are great and I love how they evoke really strong emotions like Xandier, Ethan, Scarlet. however I'm still a bit confused of how Lucien knows about the pup. This was definitely a great read

I hated when this story was coming to an end. It's such a short but spicy story. The expression of abuse mentioned was not overbearing. The characters are awesome. I can't wait for a continuation of their story.

this story is awesome

this book keeps me begging for more. I commend the author; she has a great imagination and puts the story together very well. The characters and their personalities are really amazing. I can't wait for the updates for another binge reading. Question, however, how many more chapters do you plan on adding? I'd like to have an idea of how much more I'll be looking for.

very good story; I would recommend it to others. However one thing puzzled me and its how at first Mary seemed a little illiterate (for want of a better word) and very ignorant to most things within her surroundings then after being in the hospital after a few days all of a sudden she's the most intelligent female who knows almost everything to be able to ask any question and comment on anything and speak so intelligently? That didn't make much sense. Punctuation is a little problem for the writer. Otherwise, this story keeps you stuck, not wanting to do anything but find out what happens next.

i loved this book entirely, everything about it. It's actually the best book I've read so far on this app. I started it and literally lost sleep just to finish it. I'm pleased

i love this storyline

story was cery good, i loved the twists in the plot

this book has an amazing story line, however i wouldn't recommend it to anyone as the writer could have perfected their english skills. Too many grammar, spelling, punctuation mistakes and the author is confused as to who is the speaker in each chapter, also a mixture of 1st & 3rd person were used improperly too frequent. I had to be reading and trying to put sense to every sentence. not impressed.

The storyline was great. I loved how the story had alot of twists and kept u in suspense, however it came to a point where there were too many twists and too many things happening all at once like everytime the writer got an idea she just put it in. What was really annoyimg was the awful English writing skills, it's lacking in punctuations, for example you can't even tell when a character is speaking compared to the narrator, and this made it difficult to read and understand. After a while I got used to it and started picking sense from nonsense. Author please proof read before you submit, it is very important. Another thing that is annoying is at the end of each update the author has a little note always stating "I'm sorry" ; it was overbearing. Author please use this criticism as constructive.