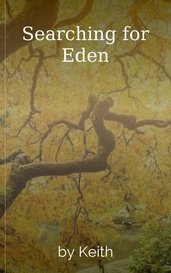 In Searching for Eden, a father mourning the death of his daughter goes to Iran to find the Garden of Eden, where innocence reigned and death didn't exist. Instead, he finds ISIS and Iranian milita...

"Outside Influence" by Randall Collins is a well-crafted mystery, centering around the disappearance of an American businessman's son in Guatemala. He hires an amateur to investigate, Alex Conn, who teams up with a native named Lito. Their investigations sends them into some intriguing archaeological digs. (I especially enjoyed that, given that my own entry at Inkitt, SEARCHING FOR EDEN" also involves a great deal of archaeological investigation.) The author's knowledge of Guatemalan cultures suggests either he has spent some time there himself, or else he is an excellent researcher.

This novel definitely held my interest, and I enjoyed the interaction between Alex and Lito. Characters were distinctly drawn. The story does seem to have been written some time ago as the cultural references all seem to be from the 1980's and 90's.

My main objection to the novel was that it showed definite need of editing. There were many instances of typos, unnecessary or repeated words, tense shifts, using "that" where "who" should have been used and trite phrases ("...worse than searching for a needle in a haystack.") Frequent shifting of POV was also distracting.

Still, the author tells a good story that was enjoyable to read, and that is the main thing I look for.

UNSCRIPTED is an excellent, well-told story of a woman who tries to find herself after the painful break-up of her marriage. She does so,intriguingly, by going to Cambodia to help supervise the first free election after the brutal reign of Pol Pot and The Killing Fields. I was drawn to this story initially because I have personal acquaintance with Cambodians who survived the Killing Fields. In addition, as I got into the story I found it to be similar in many ways to my own novel, SEARCHING FOR EDEN. That work is also a story of a person who seeks to find himself after trauma -- in that case, the death of a daughter, rather than a marriage -- and travels to a dangerous part of the world in his quest.

With 79 chapters, it appears to be a longer book than it really is, as the chapters are short (Chapter 73 appears to be really long, but is in reality seven chapters mis-formatted).

While having strong romantic elements, UNSCRIPTED is much more than a romance novel. The romance is secondary to the bigger issue of finding meaning and purpose in life. The central character, CJ, finds she does not need a man to rescue her, but that she herself can be a rescuer. The author touchingly describes the pain and trauma of Cambodians as they seek freedom. The novel is also a story of strong female cross-cultural friendships. While the story seems to be written for a female readership, as a male reader I found it a very stimulating read.

I found this story of the effects of the terrorist actions of Boko Haram on the people of Nigeria quite enthralling. The author did a very fine job of showing the humanity of the characters involved, and of helping me as a reader understand the personal impact of a terrorist group I had previously only read about in the news. He was able to do this in spite of the fact that he often struggled with grammar and punctuation, and frequently unnecessarily repeated words. The story would be greatly improved by a good editor.

The Bad Project is about a Chinese girl, Marianne, who had always been expected to be good. Then she went to college, and decided the time to be the good girl was over. She devises "the Bad Project" to experiment with what it would be like to be bad. She recruits her new roommate, Crystal,, to be her "project adviser:" Crystal is less than enthusiastic, but becomes a friend who feels compelled to be supportive. The idea of the book appealed to me because as a teen I was expected to be "the good boy", and it took me a while to find who I really wanted to be. I also related it to the TV show "The Gilmore Girls" (which my family is currently watching on Netflix), where the young Asian teen, Lane (in this case, Korean) also seeks to rebel against being good. I think many young women will identify with the idea behind this book, and might want to read it for that reason.

I do not, however, feel the author did a particularly good job of pulling the story off. Character and plot development are both very slow, her descriptive ability is mediocre, and her characters are often shallowly drawn. In addition, I believe the author often violates one of the most often quoted rules of writing fiction - "show; don't tell." Much of the book is taken up in conversation about action, instead of action or gripping interaction between characters. The dialogue often feels artificial. In addition, the manuscript shows need of editing -- often repeated words, misplaced commas, omitted words, etc. (there are also a number of formatting errors, but I partly understand that,having taken about 6 hours to fix formatting errors derived from downloading my own manuscript to the site.)

The writing did seem to improve around Chapter 24. I appreciated her wrestling with difficult issues like post-traumatic reaction to rape, and pondering abortion. She also appropriately shows that a young girl's first sexual experience can be much less than often-romanticized portrayals. I appreciated her efforts to bring in the relevance of religious faith to talking about the moral struggles of college students.

One caveat to this review should be admitted: this book is written for college girls, and I am an older male. So, if anyone would like to take the review "with a grain of salt" therein lies the opportunity.