I work as an English teacher in Japan, but I grew up in a cornfield near Chicago. I like video games, manga, and photography. 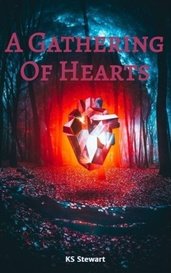 A Gathering Of Hearts

Minas is a curious 19-year-old girl getting ready for her step into adulthood next year. She lives a complicated but fun life as an Etol in the House of Fields along with her older brother and litt...

A very interesting first few chapters! Only a few things to really say.
I was confused until the part about Bambi that this was having in our universe. I understood it was 2003, but the idea of kings and queens just automatically brings old-timey things to mind. I guess I figured that with magic being real and both women giving birth in bed without a doctor around, it gave me that feeling. It might be more of a personal bias on this one, but it might be good to bring up some technology to cement that this is in our timeline. Like someone watching TV in the background or using the phone.
Also, Liam's parents say no one else has magic in the world, but Elena's parents bring in a sorcerer. Do they not have magic?
There's some weird formatting where some sentences get split into different paragraphs in chapters 1 and 2. I'd look it over and make sure it's all formatted as you'd like for it to be.
Lastly, I teach young children and neither of them talks like they're 5 or 10 in those parts of the story. They're closer to 12. Elena is far too mature and making too complex sentences for her age. Liam's just too well-spoken in general. I'd suggest either aging them up or figuring out how kids that age actually act. Even small things like Elena dressing herself in a fancy dress is pretty far outside the realm of belief.
But those (minus the paragraph thing) are mostly me nit-picking. Stuff most people wouldn't notice, honestly. I look forward to reading the rest!

There's only one chapter so far, but it looks good! My only real suggestion at this point is that you might want to up your rating to 16+ given the amount of fighting, blood, and death is in just the first chapter. I really liked the imagery in the tongue/sword section. The rest seems more like just set-up and lands a little flat, but the opening scene itself was really well done.

There's not much to talk about yet, but this is a really solid first chapter. The dialogue and the way the information is presented is really well done! For once, I was REALLY not expecting the twist at the end there!

The start of the story seems to have a very confused perspective that’s a little hard to follow. First, it sounds like actions in a script, then internal monologue, and then 1st person. This could be made a lot clearer with formatting. Use italics for internal thoughts, maybe bold italics for the scene-setting part?
The grammar mistakes are mostly small ones ("it's" instead of "its" and such).
There’s also a lot of fragmented sentences in the beginning. They can work in your favor for pacing, but there’s just too many here. It makes everything feel very… stiff.
The quality of the writing REALLY picks up at, “The white light”.
I like that he takes a pocket knife and then feels like he’s being stabbed by the air.
I find it weird he doesn’t initially know who he is or what he looks like, but he does know that he’s “not the type to hitchhike”.
You should probably find an alternate word for “desk” or just avoid saying it 4 times in the course of 7 sentences.
The main character seems to have no reaction to the old man telling him the other people tend to leave bloody messes.
You need to cut down on your use of "um".... by a lot.
The imagery of the room is really well done.
Then I didn't have notes after that because I was trapped in the story. It had a really strong ending and was really well done. But if this wasn't for a review, I probably would have stopped reading much earlier on, which is sad because the ending made it all worth it. I'd work on your openings and starting off with more energy or something to hook in the reader.

There's some good stuff in here

I didn't see too many errors as I went through, Just little ones (a run through Grammarly might be useful to you). The story itself was fine, but the characters kind of felt flat, so you might want to work on building them up more. The dialogue also felt pretty generic and lacked the personality it could bring to each character.
It's not "bad" really, it's just missing the connection to the audience that engages a reader to care about what happens to Mia or Andrew or... anyone else in the story.

If you've got more of these two, I'm definitely interested! There's a healthy dose of adventure and tension along with the romance that makes it enjoyable until the end! I only saw about 3-4 spelling mistakes while going through it, mostly just switching letters (salvia instead of saliva) or adding/ forgetting a letter (off instead of "of").

I got into this a lot more than I was expecting. I honestly wish it was long just because it felt a little rushed. Troy's sudden jump into "You're trying to control me!" seemed a little out of nowhere since most people would be like, "That is super weird, but people can't control dreams, right?"
Also, Dalton seemed to just accept magic extremely quickly without much proof. Just overhead them talking and was like, "So it's real? Cool!"
Just... a lot of stuff seemed to not get tied up or felt rushed, But feeling like it wasn't long enough is probably the best criticism one could get.