Don't dismiss it like it's easy. tell me what's so easy about coming to say goodbye? -Andrew Bird 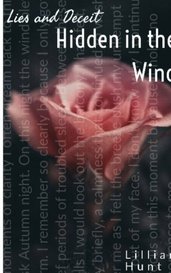 Lies and Deceit Hidden in the Wind

Everyone has one. A voice in their head that whispers. And when it whispers? You listen.

The past few books I have read on this app have been pretty decent. They were good enough, but this author sure knows what she's doing. The first paragraph had me swooning! I'm a sucker for descriptions and this book delivered in only four chapters!
I've been around the block a few times, I'll admit, but when I read the description I was a little worried. I have read so many just okay famous guy x not-famous girl fics that I was having flashbacks to seeing emojis and blocky paragraphs. This book restored my faith in these types of books. I cannot wait to read some more!

I love the writing style that the author uses. They are very expressive with their words and always cut straight to the point.
The only thing that I could find to constructively criticize were the character introductions. It's not often that you are told thing about a character by the narrator right away. There's good reason for that too. Introducing different character traits at different times help to make a character more dimensional (both the character and the narrator too). There was really only one other thing that bugged me and it was the lack of quotation marks. Including them really helps the readers enjoy the book more!
All and all, a good start to the book. There are enough varieties of characters that the story feels full and there are interesting dynamics already beginning to form with the four chapters.

It was quite the world that they were in. The development of the species were amazing, but I do have some notes. The most notable one being: to give a little background information when introducing a character. I understand that usually people don't have an inner monologue going "This person in front of me is named Joe, he is a few years older than me but we are good friends" whenever you see a person, but a little bit of background can go a long way. Believe me. Readers can get very confused. Like I had no idea who Triscote was or where he came from for a few chapters after he was introduced. I was going to mention the ending but open further thought, it seems to work. I'm assuming this is a series so it makes sense for the book that the "main villain" wasn't really a "big villain" for this one book. It just sort of established a scar for the rest of the series. The last con I want to mention is that the "big villain" wasn't introduced very early in the story. It took perhaps a good 20 chapters of the book for him to be introduced.
Finally the pros! Amara is a woman with an interesting life style, and it's different to see it in this type of genre. Usually the main characters are "holier than thou" innocent humans. It's interesting to see a main character that just likes sex. A lot of people do but they aren't represented in books very often because most pros are quite old ;)
The book wasn't very long but I feel we got a good bit of world building in so that's wonderful. There were a lot of different species that were accounted for, including some of the author's own design.
Overall, it was good novel. Is it perfect? No, but what is? This book gets pretty close. There are few flaws and a lot of pros and I'd recommend it for anyone who loves a bit of Urban Fantasy.

400 Days in the Apocalypse

The book was on a good premise. The start was promising. I was just thinking that by the time we hit the 16th chapter we would have established a larger goal than just surviving. With some development, I believe that this story can be amazing. To do so, I would write more chapters, and go over what you've already written and proofread a bit. So far it's a promising book.