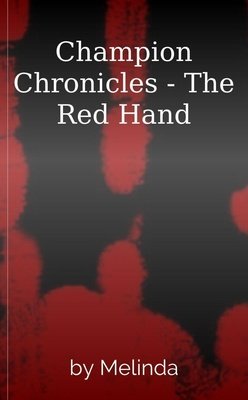 When notorious slave-turned-thief, Astrid steals something she shouldn't have, she is thrust into a centuries old battle between the first champion and the four gods of the Elven lands. For the pas...

A little rough but great potential

Hello!
There are a lot of interesting ideas floating around in your work and I'm excited to see where you take them. There are, however, a few qualms I have with the way you approach some aspects.

First, you have a really big exposition dump right at the beginning explaining Myth's life and why she's named Myth.

I feel like you could flesh out the world she's in a bit more and introduce those same ideas. Like for her name explanation you could have her drop off a package and the person receiving it notices her name tag which they comment on. Myth could then explain that her dad gave her that name but she never found out why, then through internal dialogue from Myth to the reader she could explain that her dad died before she was born. Also having her go about a regular day or establishing a regular day for her would allow the reader to get settled into the world so when things like the clock moving around or the woman she dropped off a package for saying she knew her stand out more and make the reader suspicious without you telling them how strange it is. The whole Stephen King "show, don't tell" saying. You also point out things to remember to the reader, which is something I know I struggled with in my first draft. As an author YOU know something is important and should be focused on but it ruins some of the surprise and foreshadowing if you get too heavy handed with it. With a bit of reworking and giving the reader some time to get settled and understand the norms of the world, I'm sure it will be amazing.

Second, and this is on the point of grammar and tenses (something I often accidentally flip flop on and regularly try and keep an eye out for), you switch between past, present, and future tense very frequently. Something I know that works for me when I'm writing is separating out different tenses into paragraphs. So if a character is narrating about something that happened in the past (and therefore using past tense), that will be its own paragraph especially when I switch to talking about a present event. When someone is saying something out loud though, you can flip flop since people don't necessarily talk with perfect grammar.

Which brings me to my last point: Dialogue. I had a rough time understanding what was meant as dialogue and what was internal narration by Myth, especially when she came across the stranger in the storm. General rule of thumb is "New speaker, new line" and surrounded by quotation marks (""). So the scene would read more like this:

I trudge through the waist deep snow until I spot a man in the distance. "Hey! Hello! Can you help me?" I ask, moving closer. *insert description of scarf man". "Um, hi, listen I can't get a hold of any of my neighbours or coworkers, could you you please help me?"

"Have you called the police?" He replies in a too deep rumble.

And so on and so forth.

Despite my nitpicks though, I was intrigued by the premise and the story. I want to know what's going on and why these events are happening now instead of at some other time. Does it have to do with her father? Is there some secret organization of reality jumpers? What do other realities look like? When's the antagonist going to rear their ugly head and start causing havoc for Myth? Is scarf man the antagonist and is so far double crossing her? I'm sorry if my review seems over whelming or like I'm being really harsh, I just want you to succeed because I believe there's a lot of potential in your ideas. I want to see where you're going to take this and I'm proud of what you are attempting to achieve. Best of luck! ^-^