I enjoy long walks along the keyboard. 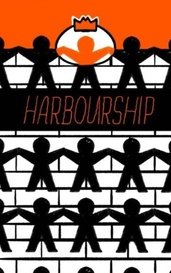 At the age of nineteen, every Shohai youth is drafted for National Youth Citizenship Service. For some, like Mboa, this opportunity means finally being free of the small fishing village she has bee... 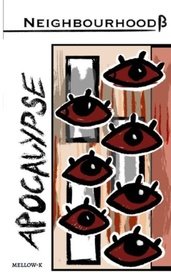 "My mother was a crazy woman. She suffered from psychosis. But she made a lot of sense, in the midst of her mania. She always told me an apocalypse would come, and it would bring out the worst in p... 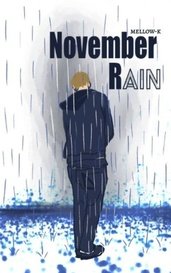 October is almost over, and it's time for the November rain. Freddie and Joey have come along way, but there is still a journey to navigate when it comes to telling the truth to each other, and to... 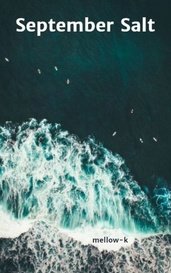 My bark of laughter was, in hindsight, a little tactless, and Freddie’s flinch was proof of that. He shifted, fingers picking restlessly at the bracelets decorating his right. "You think it's funny...

Though it's taken me a while to review as I'm mid-move, this was an utterly enjoyable read and I devoured it in 3 sittings! Despite the fact that I was reading late at night and had early commitments the next day, from the chapter 'Charlie' I genuinely (and rather regrettably) could not stop clicking Next Chapter. This is a novel I wouldn't hesitate to recommend!

I at first wondered at the pacing in the prologue. For reasons I understood afterwards, I enjoyed probably enjoyed the prologue the least. (Though made clear why later) I felt it was very impersonal, and I worried that the rest would be written just so (-well, but difficult to relate to), but then we of course meet Gabriel. A character full of heart despite his rather placid attitude. It is enchanting to watch him grow. The missteps we, as the reader, are lead towards make the more familiar tropes charming.

Not to give too much away, but I liked the fact that two very different worlds were experienced. This plot was something I, personally, have dabbled with a couple of times in my writing, but you executed it wonderfully.

You have a sophisticated writing style that drips with intelligence and makes reading an at once effortless and compulsive past-time. For general improvements however, I'd just suggest a further read through. There were the odd errors that one more look over would fix, but a couple sentences also read a little odd in my head, and I'm sure if you read them over again or even aloud you'd see they could do with a shuffling of words. Unfortunately, because I finished it a few days ago I can't quite remember them, but in another review you received it was mentioned so you've probably already got that part down.
I remember feeling that the sections that jumped between time in the Dillo and life back on Nova seemed to jar a little bit and felt a little out of sync. The two are naturally very different anyway so that may have added to it but just thought I should mention that as they stuck out to me so it might be useful to have a read over those parts for yourself as well.

Got to give you a quick kudos with the characters before this gets too long-winded! I thought Charlie and most of the Nova staff (Rachel, Lucile, and Sara) were especially strong characters that immediately demanded to be cared for and about- or greatly disliked, as the case may be. In the case of Fairy and Chance, while I did feel entertained by their antics and friendship, I couldn't help feeling that, in Fairy's case, Charlie warranted more affection from me as a reader. I thought this at first the aim, but by the end of the book I wasn't so sure. Are we supposed to care about both equally?

(Unrelated; I was confused about whether the indecision and his mental state had helped affect the sync rate?)

I think that may be it... There's probably a whole host of other things but I really should get back to these boxes! I wish you all the luck in the world with the publication of this novel- wonderfully readable!