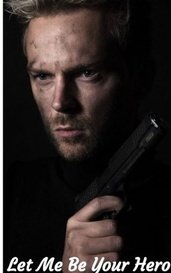 Let Me Be Your Hero

I could not make it past chapter 2. The grammatical errors are extremely distracting. And the writing style seems so robotic like a computer wrote it.

In the beginning I really really liked this I kind of hit a slump closer to the end. I was definitely expecting things to be more cliche than they were so the way you wrote it was refreshing. I’d probably read again. :)

I really enjoyed this. The plot was a little cliche but sometimes it’s fun to read the cliche ones. It also wasn’t overly cliche. There were definitely moments I was expecting you to go in one direction and you went in a different. The bonus chapter is adorable.

Pleasured by the Pack

I started reading this alone but my husband and I like to read stuff together so I got a little ways in and knew my husband would like this. We restarted it and started reading it together. It has been the best to read this with him. I speak for us both in saying we enjoyed it very much. A couple things that could be improved were the choice of vocabulary. I noticed when I started reading the excerpt of Sam and Helens story that you tend to repeat a lot of the same mannerisms - steely grey eyes, Adonis’s etc. I think it would make things better if vocabulary was maybe expanded a little. A few sentences here or there in each chapter that didn’t quite flow because of a duplicated word or something similar. Overall we really really loved reading this together and I would read it again.

I couldn’t put it down and had to finish ASAP but only because I needed to figure out what was going on. The plot confuses me. I know in the beginning it was compared to Animal Farm but I never read that. Adam’s character was very intriguing and I very much liked Celina but the abrupt change from Celina to Sophie was hard. Sophie’s character confused me the most because she spoke in broken English off and on a lot. It was hard at times to decipher dialogue. Some dialogue is missing quotes and some dialogue was hard to figure who was saying it. I’m going to move on to the second book because I’m invested in finding more out.

I absolutely loved reading this. If I hadn’t started it so late in the evening I’m sure I would have finished it within the day. Your writing is addicting. Sincerely hoping you have more for me to read. At the end here I had to tell myself- you’re happily married, this is a book character. But honestly he is just dreamy and the banter between the two is amazing. I might have to read this one again. Love the bonus chapter too!!

Why so much swearing

My husband decided to read this one together. We thought it might set the mood but I spent over an hour reading the first chapter and neither of us are feeling particular pleased. Seemed like a lot of unnecessary detail on his background and everyone else’s. There was also constant swearing. I understand swearing in dialogue but not understanding the purpose of using the f word several times within a sentence.

Well written only thing that I wish was different is how Leia acts so fearful of Oli in the beginning and the near sobs anytime he said anything to her. But really like how their relationship has changed. Can’t wait for more to read!

The characters themselves seem very nice and the author does a pretty good job describing them and certain situations but I just cannot get into it enough to stay hooked. The plot seems really robotic and the writing is lacking voice. I want to hear emotion behind what is written and Ronald seems perfect or god-like but that’s not interesting. I would rather see some of his flaws. I can’t continue reading. Grammar needs some work as does spelling. This has great potential I would just spend more time on it.

The plot moved too quickly. 3-4 chapters in they are already basically an item. I couldn’t continue reading. I just wish there would have been more fluff and more struggle before they go together.

The author is very talented to say the least. The story was engaging pretty quickly from the beginning. Normally I’m not a fan when people include other languages that I don’t fully understand but the way they approached it was tasteful. Anything one character said to another was easily translated with context clues. Quite a few grammatical errors but nothing so bad that you couldn’t follow what was going on. Just something to work on. I would highly suggest rereading chapter before posting. Overall plot was great it was not what I was expecting. I was expecting her to just submit pretty easily as someone else said in the comments. So it was very refreshing that Antiope was stubborn and strong willed. Awesome female character, definitely felt feminist friendly. I would recommend to anyone that wanted a good short-ish read.