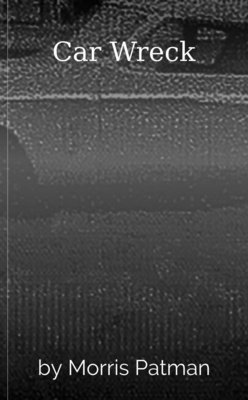 When I was 25, this car wreck actually happened very much as I am telling it. I could have continued the story.

This is my first attempt at writing this story and I don't expect anyone to find it believable, but I wrote it as I remembered it. I did leave out some details, which I would like to put in when I write a book. This story will be the start of the book.

My wife, Nettie was across the street when I had the car wreck and what she remembered is totally different from what I remember. She said. "The driver of the car that hit the Studebaker never hit his brakes.." She also said. "My father had to pry your body out of the car."

I stopped writing because I had no idea how to write her into the story using what she remembered. After watching a video on YouTube, I have an idea how to write the story both ways and merge it together, but I would have to publish it as total fiction, because I wouldn't even believe it, but I swear it actually could have happened that way. When two or more people remember things differently, it is presently called the Mandela effect. When Nettie told me what she remembered, I had never heard of the Mandela effect.

I would like to thank the people at Inkitt for allowing me to write this story and I wish someone would read it so that I could improve my writing.