Hi, there! Come in my world and have a seat. As soon as you stepped in here, you had already earned the privilege to have a glimpse of my mind through my poems and novel/s. 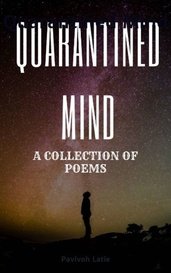 Here are some poems that I wrote during the quarantine period here in Cebu due to the COVID-19 threat. If you will ever find this collection and have the curiosity to at least read some pages, then... 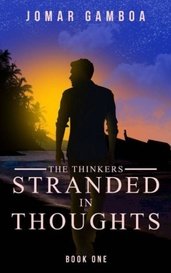 Lazing around has never been a bother and, to say, a hindrance to Josh's life. In fact, as far as he believes in, he's already living with it. The only time he felt a bit of excitement was the firs...

You had a great writing style and your usage of grammar and mechanics was well-developed as the story progressed. However, I felt like some parts of the story were quite jarring due to the substandard usage of punctuations, especially before a coordinating conjunction. The tone of the story could also be improved and you could have added some originality in it, maybe creating your own magic system, rules, etc., since a lot of stories about werewolves nowadays are quite the same—repeating the same tropes over and over again. The diction and vocabulary usage was so-so. There's a little usage of literary devices, which was actually okay, but it would have been better if you had used them well.

But for readers who are fond of reading werewolves and such without thinking too much about the technicality, it would be a great read.

The writing of the story itself is great and worth commending! It took me some time to finish the whole updated chapters because of my busy schedule, but I somehow managed to do it. Anyway, if there's a story that I would like to recommend to my werewolf-fanatic friends, this would be it! I hope the author keeps on producing stories like this!