Check out my novella Love, Mushroom Soup, and Murder below or on Amazon! Click "Support Me" to purchase :) Other than that, I like traveling, reading enticing stories, and tea. 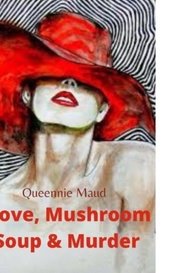 Ella Frank's grandmother Loretta died. No one is exactly sure why--all people die eventually, right?--and to top it all off, Loretta has requested that Ella marries Ian Sparrow, the rich grandson o... 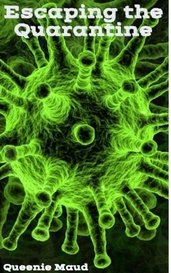 Katie Chase was just serving out her detention when a beaker spilled on one of the Scholastic Decathlon students. Now, the entire high school is on lockdown, quarantined together, as the CDC works ...

Moi-Moi's 91 Days is such an intriguing piece of fiction. While it puts the narrator in a dystopian-like scenario of only having 91 days left to live, it also begins in the most jaw-dropping way possible: the curt cliffhanger of "My name is Alastor Huxley, and I have 91 days left to live." hooks the reader immediately and invites us to delve further into this tale.

After reading the prologue and first chapter 1, it's evident that this story has a lot of care being put into it to properly tell Alastor's tale. The way the writer embodies Alastor's voice makes Alastor feel as though he is real, as though the reader can really be inside his head. The more serious moments of doom ("I have 91 days left to live") are paralleled in chapter 1 by a wonderful father-son dynamic, with Alastor's thoughts about his father's life and potential love interest. For someone who only has 91 days left, he feels so alive and painfully aware of it.

I am looking forward to reading more chapters of this! Thank you Moi-Moi for sharing such a lovely story with the Inkitt community.

I read the first few chapters, in Henry's POV. Of the three chapters I read, chapter 1 was the strongest.

I find the plot extremely interesting, especially given that there is a flashback to how Henry and Viola used to be and how they met. The premise makes the reader want to know more about the characters and their relation to the present-day conflict (as well as what happened in the past). The plot and the movement of the plot serves the story idea well.

That said, description and writing style do not match what they could in order to serve the plot. For example, while there are details present, it would be more interesting to physicalize the characters' inner thoughts and emotions rather than telling about them. Henry talks about not wanting to be controlled, but describing that (showing that) rather than telling that would intrigue readers more to Henry's psyche. When Henry throws his phone against the wall (twice!), it is already clear to the reader that he is feeling some type of way related to his parents. Hearing his narration of "I don't want to be controlled" doesn't add anything to that. Instead, how does Henry feel after he throws his phone? How does his body react? (For example, he's breathing heavily, his head hurts, he wants to cry, etc.) This will also help with characterization, as I felt Henry's characterization lacked compared to Viola's (from the first chapter and from her note from the car accident, etc.), as well as Henry's friends lacking major defining characteristics.

Overall, the story has great potential. Chapter 1 hooked me immediately, and to have the flashback chapters follow the same gripping nature as chapter 1 would make the flashbacks themselves way more intriguing. I encourage you to keep going! The plot drives the story, and I believe you can make a great romantic, mystery, thriller, whatever-you-please book out of it!