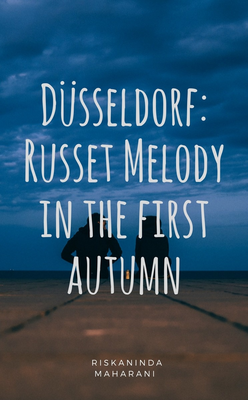 “Die Deutschen sind sehr überheblich!!!—Germans are so arrogant!!!” Anggia had uttered before she knew Christopher Schlösser. A man who introduced her to Russet Melody. “Düsseldorf ist nicht Berlin...

This story told about love between Christopher Schlösser (a German) and Anggia Selestina (an Indonesian) that happened in Düsseldorf, Germany in an autumn. The German autumn which was so different with the autumn in the other four season countries, especially in Anggia's eyes when her heart-moving and shivered because of Christopher. Christopher was the most perfect German whom Anggia had ever seen. Everything looked so perfect, if only there was no difference of cultures between Germany and Indonesia. Moreover, Anggia's parents had prohibited her to fall in love and make a relationship with any German.

This novel really really was completed by the real German and Indonesian culture and custom. This story is not just could entertain us, but also could give a lot of informations about both countries. The details of German and Indonesian backgrounds and settings perfected this novel. Including, about German language and some of languages that existed in a real Germany: English, Dutch, Russian, Chinese, Italian, Spanish, French, Turkish, Danish, Polish. It's so wonderful writing to be read by travelling and languages lovers.