➺ a writer of fiction ➺ i read every single review & comment and they're appreciated more than you'll ever know ❤️ ➺ read TREC (Part 1) now on the GALATEA app! 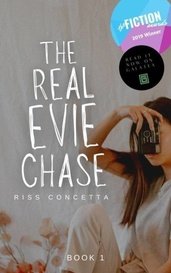 **SAMPLE ONLY | READ IT NOW ON GALATEA** Evie Chase has it all--fame, fortune, the career of her dreams--but things weren't always that way. Three years ago, before her skyrocket to teenage stardo... 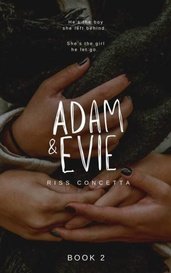 ||SAMPLE ONLY; READ IT NOW ON GALATEA|| ❝He's the boy she left behind. She's the girl he let go.❞ Before she became one of music's biggest up-and-coming artists, Evelyn "Evie" Chase was a nobody...

THIS IS NOW THE REWRITTEN VERSION

This book was previously published under the title Adam & Evie, but the chapters for that version are gone now and have been replaced with chapters for the rewritten version THE REAL EVIE CHASE.

ALL REVIEWS BELOW THIS ONE WERE WRITTEN ABOUT THE OLDER VERSION, NOT THE NEW REWRITE!! Reviews that are written for the newer version will appear above this one, as they will be more recent.

As much as I appreciate Adam & Evie for what it is (a book that ultimately landed me a publishing deal), I wrote it when I was very young (15/16), so to be able to rewrite it and fix things such as the grammar, plot holes/inconsistencies, lack of character development, and also create a better, more well-rounded story has been a great experience. Honestly, I LOVE the new version, and I hope you enjoy it as well. I read every single one of your reviews and I definitely made sure to keep the things you guys liked and switched up the things that didn’t work so well (now there’s better grammar/spelling! a better ending! and now it’s going to be a duology! 😁)

If you left a review for Adam & Evie, please don’t hesitate to write another for this newer and improved version. This is still a draft, and me and the Inkitt team would love any and all feedback before publishing day.

Thank you so much for reading! And for your support ❤️
-Riss Concetta