Son of a beekeeper, I write the sweet stuff 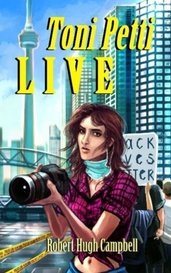 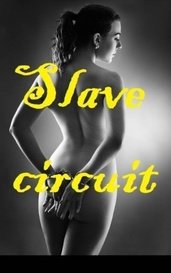 Daphne McEwan age 18 fantasizes about leaving Ashland, New Hampshire. Seduced by the opportunity to make some easy money, she doesn't see the danger until it's too late, and her dreams of leaving h... 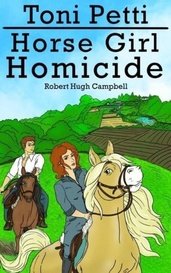 A cozy mystery, there's death by dressage at Brummel Equestrian and YouTube celebrity Toni Petti must catch the culprit to save herself. Everyone at the stables has motive, even the victim's hunky ...

A ménage of ideas and a medley of motley characters

March is an ensemble piece at present with a cast of characters that are under developed, but interesting. What makes the school so special? In my humble opinion, the story needs a central hero to guide us through the school and the story's mystery and wonder. Too much attention is paid to the politics of the school at the start without letting us discover that reality more naturally. By stating there are a number of 'cliques' we wonder if this is prescribed somewhere, and or if the school is organized that way. My memories of high school (is this high school or college?) are that cliques formed and faded and grew as we students grew and aspired to different things. In winter we had the skiers and in summer the baseball brats etc Cliques are there but should not be named; they exist but they don't. Also the number one reaction I had was that I felt the characters lacked a true purpose and that's because they had no solid tangible desires. Or fears. This is REALLY HARD TO DO IN AN ENSEMBLE PIECE and that's why most , even veteran authors, stick to one hero stories. The central protagonist becomes a lens through which they view the reality of the story. You can have more than one hero sure, but I should read the character's introduction and KNOW WHAT THEY WANT MOST because then everything they say can be weighed against their desire and then readers perceive subtext. Finally what makes March the school so special? is it the students? the staff? or the opportunities it unlocks in life - that's the key I think - that's why the school is so sacred and deadly because just maybe there is some corp. headhunting program that guarantees fame, wealth, stardom, etc. happiness.

An Age of Sail - British Navy story in the Napoleonic Era ? WOW could there be such a book on here? I would BUY such a thing if it were the genuine article. I have them all in hardcover here in this room from which I write. I've got Kent, O'Brien, Pope and Forester of course, all their works. This author has them too likely. Those books all have something magical which this work of fiction lacks and the author doesn't have because he hasn't lived it, and WHO CAN POSSIBLY LIVE IT NOW? How can anyone growing up in modern times ever imagine or write semi-accurately about life in 1805? Wait... Is the book set in the early 1800's? The two Chapters I read were entirely without historical reference. They could have been sailing in 1972 and the dialogue would have fit..
I saw the ship on the cover - appears to be flying a Spanish flag. confused me
What I loved so much about Master & Commander was how it brought the reader into the life of the sailor carving scrimshaw or repairing duckies on make & mend days, Midshipmen standing watch over idlers holystoning the decks in the morning.. etc. There's none of that diction and marine lexicon here. There's some little moments (the tricorn under the arm) but when they stand alone they come off as cliché -AND then there's the labour of taking three sentences to say one thing. Seldom is the writing brief, clever.

Start with that. Then what I think the author should do is take a berth and go for a week-long sea cruise as a deckhand on a tall ship THEN read all manner of contemporary accounts to get the dialogue and bits correct . That's what I think it takes to pen Age of Sail books today and even then I doubt it would be O'Brien. Too bad..