I'm a part time groomer and a full time student with a love of reading, writing and cartoons. Rick&Morty, Gravity Falls and Bob's Burgers are some of my favorites to stream 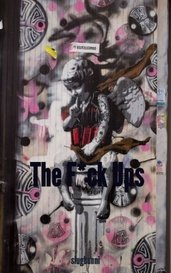 She was hardened by a callus cynicism, the kind that rot faith with the awfulness of reality and the reality was that Madelaine Garrett was stupid and kind, naive and reckless beyond repair. Compli... 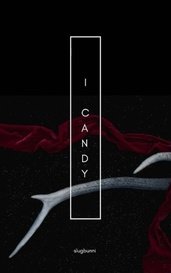 His voice, sweet and hypnotic, sends a chill through my bones. “You should be honored,” he hums. “You were hand picked, just for me." It's open season and the vampires are hunting for more than mea...

I don't usually like to write reviews so early on in stories because the plot and characters are still developing. As of right now, the story is well written. Like all stories, it can use some polishing, but I'm sure that will come later. The plot, as of now, feels like the average teen dystopian novel. Nothing really stands out about it to me, but again, there're only a few chapters so anything can happen. I haven't seen enough of the characters to have an opinion on them really. The main character Elle is the tough girl survivalist with a reluctant soft side. There isn't a whole lot to say about her traveling companion as of yet. Overall, it seems like a fun read, but there isn't anything that makes it stand apart from the other books in its genre.

I enjoyed this. I feel like Sarah Johnson has a bigger story to be told. She's a compelling character, both creepy and unnerving. Even if she doesn't get her own novel, I would like to see more of her in the short. (**SPOILER ALERT**) It feels like there is a gap between where the boy goes missing and Sarah has him. I would like to see that interaction. Then, the fact that the police know where the boy is makes me believe that Sarah has been leaving behind breadcrumbs. I'd love to read that story.