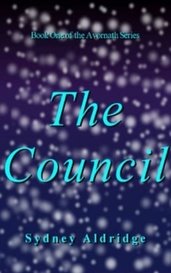 After their mother passed away, Sven and Philip set out to find their estranged father. What originally seemed like a huge life decision turned out to be so minuscule compared to how drastically th...

Blurb and Intro are Purposefully Misleading

I do apologize for mistyping Aidan’s name so much.

We are pulled in under the pretense that this will be a dramatic tale about child marriage, following the story of a young girl named Zara starting on her wedding day when she’s only eight years old. We’ll happily come to find that the man she married raises her in a good home and only wants to give her everything.

All of that was meaningless because this was always meant to be a wolf story. The writer didn’t want to be upfront about that, luring us in with false pretenses.

While nervous, I was excited to read the story. It came off to be a good drama. While the grammar, punctuation and writing style need improvement, I looked forward to what was going to happen.

She’s a little girl growing up watching her mother be beat by her father while her brother gets what he wants. She’s married off to one of her father’s friends due to some arrangement they made.

This would be great to watch her grow and watch how they bond together like parent and child or brother and sister because her husband is only eighteen. We didn’t get to see that. Instantaneously, we flash forward to about a week before her eighteenth birthday. And from nowhere (to us readers that are unaware of the wolf background), they’re attracted to each other. But then Aidan (her husband), tries to marry her off to her math teacher, Philip. Who turns out to be an evil wolf that mated with her twin sister she never knew about.

Zara is rightfully upset. She runs away, landing herself in a shelter. After a year away, she returns home because she misses it. Scared that Aidan may be angered and maybe doesn’t care about her anymore, she disguises herself as a servant named Hazel.

Hazel marches into this house and does whatever she wants, and is offended that Aidan has become an alcoholic and actively takes his alcohol from him. This is fine because it’s Zara settling back into her home, but the homeowner knows her as a stranger. He threatens to fire her one time, but has his mind changed by his loyal housekeeper, Miss Alice. This would be great had we gotten to see it. We don’t.

Zara’s nineteenth birthday comes around and she drinks. The following day, Aidan catches her hungover. Wanting to return the favor of how she tries to prevent him from drinking, he decides to take her to his place of work and assigns her to help work on an orphanage that is going to be built in Zara’s name.

This is great. While we’ve ignored other potential storylines, it’s great because it’s led to this. Aidan lets Hazel act her way because she reminds him of his runaway adopted daughter-wife. But this is a different woman as far as he knows. We can watch him struggle moving on or stay loyal to the person that destroyed him while they work on an orphanage together to help children have other opportunities besides marriage.

That’s what I thought. My fault given that it was never stated. But since we’re left to piece together so much of this story already, I pieced it together that that would be the foundation of this story.

Nope. We never hear about the orphanage again.

And Philip was there, mistaking Hazel as Aidan’s new wife, making a move on her when informed otherwise. He (Philip) later finds out that Hazel is Zara and Zara threatens to come forward about Philip’s actions. He keeps his distance until he invites himself over to confess his love while drunk. Then we don’t see him again until it’s revealed he’s an evil wolf that mated with her twin sister. Why did Aidan try to marry Zara off to this guy? I don’t know. It’s never explained.

Around this time, Aidan discovers Hazel is Zara.

Here it is. The moment we’ve waited for. All of those emotions that will fly out in rage and regret and bittersweetness. Aidan will yell at Miss Alice because she knew the whole time, then he and Zara will fight for how they treated each other.

No, he accepts her with open arms and she doesn’t suffer any consequences for her actions. He accepts her back without any hesitation the way a parent would with their runaway child.

We then go meet his parents. This is when we find out that Aidan is a wolf from a wolf pack. He found Zara when she was an infant and he was just a young boy. From the moment he saw that baby, he knew that would be his wife. According to him, his mother wanted all of his attention and love, so she personally saw to it that she was sent into the human world, raised by people she personally knew. Aidan would make visits to watch Zara grow up and Huzair (Zara's adopted father) didn’t like his visits. So an adult is being bullied by a child. And Aidan made a promise to rescue Zara by growing into an adult to take legal custody of her through marriage. That’s what the opening chapter is, he’s finally old enough to get custody of his wolf mate. That he tried to marry off?....

We move this review forward to a random attack after Zara’s been marked by Aidan. It’s unclear if it was necessary to bring out the wolf she had, since apparently (stated by writer) she was always a wolf, but consent is preferred. And there’s no answer as of right now as to what happens to a person’s wolf if they never get marked.

Anyway, the attack was made by Philip and I guess one other wolf? The way it’s written, it may just have been Philip attacking on his own. And it’s here for the sake of finding out he’s a wolf too.

We move this review forward again to when Zara and Aidan are surrounded by three rival wolves taking orders from Farah, Zara’s twin sister.

Twenty-four years ago (because now Zara’s age has been changed to 23-24 without any time passing because we’re watching this happen moment by moment), the alpha male and alpha female, known as Alpha and Luna, were pregnant with twins.

Huzair, Zara’s adopted father, took Luna and put her under his house. (First we’re told that his wife didn’t know because she was obedient, then we’re suddenly told in the same chapter that she knew all along). He waits for her to have the babies. He tosses Zara off in a field in hopes she’ll die and raises Farah to be the new Luna. I guess this all happened in secret since Huzair’s son, Azar, only grew up with one sister. Huzair and Farah also attack Alpha’s pack after Alpha abandons it (because he was broken by never recovering his Luna), and I guess they take over?

Somehow Aidan knew about all of this and it’s hinted that Zara’s childhood village knew about this as well. The only one that didn’t know was Zara. And apparently Huzair ripped out her womb when she was young. It must have been really young because even she didn’t know about it.

Anyway, Farah tracks down Zara because she’s been informed that Zara is the rightful Luna because Zara is the first born. Zara, who has never had to fight in her life, defeats and kills her sister. Not even in an epic scene of luck being on her side, but through pure strength that she shouldn’t have.

And this all was meaningless because when she becomes Luna (making her the new leader of the pack), the pack is now forcing her into a marriage she doesn’t want.

We end with a lame fight and Zara and Aidan burning the rulebook that declares all women must be in servitude to men.

All the characters only speak through yelling (I shouted, he yelled, etc.) or sometimes whisper, especially Zara. Everyone that Zara interacts with outside of Aidan and his parents, especially if they’re men, are just villains. So she’s put through trials and strife that we can’t feel for because we don’t get to know her or anyone. We don’t get to know the characters like we should. Other than that Aidan is a creep that fell in love with a baby in the way he shouldn’t have, and he’s terrible for never telling Zara anything, and he’s a doormat by letting Zara do whatever she wants. And Zara never develops to become a better person. She’s just perfect and gets what she wants.

These are two different story premises that came together poorly. The child marriage story could have been so wonderful and beautiful. Aidan and Zara could have even come to fall in love as adults in an almost not creepy way had it gone in the right direction. But we get wolves.

The wolf story should be a separate thing or this story should be completely redone in a way that focuses about the wolves and not about a specific culture in the world.

There was so much potential and it all got butchered up. I hope the writer redoes this entirely and best of luck to those that read it.

And honestly, I would not be so harsh had the writer just been up front to begin with that this is a wolf story instead of being misleading.

(Ongoing story. Be sure to read all current chapters and continue as updates are made.)

Where the Devil Says Goodnight captures you right from the start, in my opinion. A bittersweet story of a young boy on the cusp of being a man, discovering things about himself that are forbidden in his part of the world.

The writer portrays everything so well, it's as if you're watching a real situation or even reliving your youth or current part of your life with how relatable this situation is to so many people.

I highly recommend reading this story if you fancy drama and to support this writer onto a path of becoming an author.

This story is on-going/work-in-progress. I'll be sure to update my review as necessary alongside the updates.

(Review made with only six chapters currently posted.)

There's not much I can say that others haven't already said, although I have no problem with the cover. I'm also not interested in these kinds of stories, but like others before me, I'm looking at the overall storytelling.

There's passion here and I hope to see it blossom.