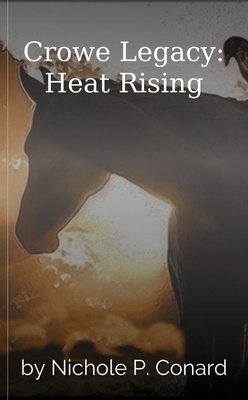 "History is written by the victors." --Walter Benjamin The American Civil War began in the West in 1854 and historians have labeled this event as Bleeding Kansas. But what of Missouri? Crowe Legacy...

In love and war

The characters are well created and pull you along through the story. The plot is well thought out, with some interesting turns. I was unsure what was going to happen, several times in the story, which is a grand point, as who wants to know they have figured out the story correctly...once they get to that part of it. That is why I say it has some interesting turns. I particularly liked the way Joseph was introduced into the story and the way the background characters slowly developed taking on strong personalities. I would happily suggest the story to others. It was not too deep in the war not too deep in love but gave you a Nice balance between. The author has done a wonderful job of building the set, surroundings, characters, and dialogue although they do repeat some of their thoughts, actions, and what they say. A touch of tightening up in this are would be improvement. Yet, as it stands it still a fun and engrossing read that I would suggest anyone