im cherish! a writer who likes horror, romance, and fantasy. many of my works feature these concepts, and more! i do hope you'll enjoy~ willing to exchange feedback <3 lets help each other out! 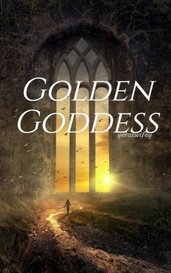 From the moment you unknowingly catch the glittering eye of an obsessive fairy king, your world is twisted into something horrific. In the dead of night, you are kidnapped from your own home and wh...

Wow! What a start!

Goodness, I think I fell in love with this story from the first paragraph! That paragraph was a perfect example of a great hook. Immediately, you caught my eye and had me wanting to know just *why* such a powerful man was on his knees. And, my, was the answer fulfilling.

I love our main character, he seems so very convoluted and strong willed in the best of ways. I desperately want to know more about him! Regarding his backrgound, I cant help but think about Dagon and his Father. As a reader, I feel genuine sorrow for the state of his relationship with his old man. As a writer, I LOVE the tension between the two. When Dagon was wrongfully accused, I too, felt as if I had been wrongfully accused. I've known this character for all of 10 minutes, and I'm internally vouching for him. That's how much I enjoy him!

As far as concerns, I only noticed one error that stuck out to me, but it wasn't worth taking off a star, IMO. The error was here: "Didn't mama told you not to play with your food?" A powerful line, but "told" should be replaced with "tell" here.

Overall, the entire first chapter was so fluid, as if everything was very perfectly stitched into place. Author, you've definitely made a reader out of me. I can't wait to see the rest that follows!

Uwah, this story is sooo well introduced. Some stories feel like a chore to read, but not yours, not at all. This first chapter left me extremely curious of the next chapters to come. All of the characters we've seen so far *act* like people- I mean that to say they are fluidly written. I don't see any stiffness or awkwardness that breaks my immersion of the story, and for that, I applaud you, Author!
Then, of course, there are the visual descriptions... Fantastic! When we are introduced to that green-eyed reptilian creature, I could feel myself physically sitting up as the imagery flooded my head. I could picture it all- The fear in the group's faces, the roar of rage... Wonderful! You have an excellent first chapter, Author, and I can't wait to read even more!

I think the very first thing I want to touch upon is embarrassment. Author, you definitely nailed Woo Mi's ability to make the reader feel embarrassment in a funny, charming way! For example, when she was eavesdropping on her higher-ups and choked on her meal... I found myself flushing just imagining it. Speaking of Woo Mi, I have to applaud you on her creation. Woo Mi is a character with flaws and a very obvious personality, which includes being late (a flaw) and being blunt (a personality trait). It probably seems obvious, but it's so important to tell readers who your main character is right from the jump. Since you did that, I didn't have to guess, which is appreciated.

You also did this successfully with her sister and boss, however I would like to know more about her parents personalities (if they are going to be in the story often, that is). Are they both just overly critical of Woo Mi and each other? Or do they have a reason for being so critical? Maybe they're just so very worried for Woo Mi that they express it with negativity? Or, on a darker not, are they on the cusp of divorce!? This is just some of the things I would be curious about- I just want to know why they are that way.

I noticed you use "I" at the beginning of your sentences quite a lot, which is understandable. For a bit of varied structure, have you considered simply using other words in place of "I"? I know that alone sounds silly, so I'll give an example.

Speaking on Woo Mi again, although I like that she does have a personality and I can look at her and see she's going to be a character that causes so many problems for herself (by being so late!! Woo Mi, please get it together, love!!) Sometimes I don't understand her motives. Why did she get upset with Ok Soon-Ja? It seems like her mood just switched out of nowhere. Did she get a bad vibe from her? Was Ok Soon-Ja cocky? I know Woo Mi didn't like it when Ok Soon-Ja said her name was uncommon, so if that was the reason she wasn't too keen on taking her number after that, I would like a bit of elaboration is all.

All in all, I like the basis of the story! I want to know more about the characters and am excited to see where this goes <3