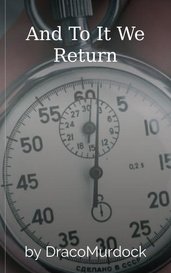 And To It We Return

Almost everyone has wanted power. To bend elements, to control nature, people or even reality itself. But what really happens when you start gaining that kind of power? Everyone has a dream, right?... 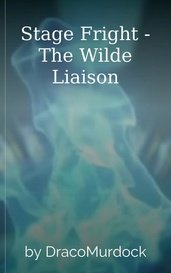 It's opening night to the latest Drama Club production, "The Wilde Liaison". The lights dim and the intro begins, but all is not as it seems. Welcome to Stage Fright. The Drama Club at a local comm... 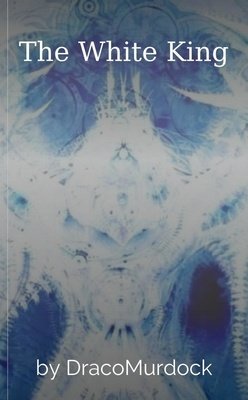 The governmental leaders of Pankind have been usurped by a strange man with a seemingly limitless army of horrors. It was fine for 3 years... Exactly 3 years. What are warriors to do but sort it ou...

Okay, so the story is alright so far. I have a gripe regarding the length of the Sasha tangent, but that's more than covered by the fact that I'm not the writer.~~~~~~~~~~~~~~~~

The doctor, who I had long since run out of patience for, continued to stutter and delay giving me an answer. This is an appositive- you use the space in the commas to describe a noun listed either before or after the phrase. You seem to try and use this a lot, but then put the action there. ~~~~~~~~~~~~~~~~

"I really hate it, when old people and so many others think that teenagers are all the same; with electronic devices which cost more than they probably need, when instead they could give it to somebody else, with designer clothes, and hair glossy and in style."~~~~~~~~~~~~~~~~

"I really hate it when old people and so many others think that teenagers are all the same; with electronic devices which cost more than they probably need- when instead they could give it to somebody else- with designer clothes and stylish glossy hair."~~~~~~~~~~~~~~~~

You created a list, but used commas to create an appositive inside of that list, something that collapses the list entirely. I did a brief fix that removes the list element without changing the actual information, but- if you wanted to fix it without formatting- you could easily just make it into two sentences as well, but my point still stands. You're overusing commas along with the word 'and'.~~~~~~~~~~~~~~~~

Besides grammar and punctuation, I do have one other point of contention, though. You started the story off in a depressing manner, and I'd assume you'd like that atmosphere to remain that way for a while, but I was actually forced to choke down an ironic laugh at the meta moments you put right smack in the middle of chapter one. Like... Was that intentional? I have no idea.~~~~~~~~~~~~~~~~

And it's because I'm a praiser by exception that I'm forced to bring up your speaking verbs... You use 'ask' and 'say' far too often. Where is 'I demanded'? Where is 'I sighed'? Where is 'he choked out'? There are so many different ways to differentiate how people talk, but you seem to rely almost entirely on adverbs like angrily. ~~~~~~~~~~~~~~~~

Finally, and this may be a personal point, but your paragraphs are reliably gigantic. I realize some people will be cool with that *cough* Tolkien book fans *cough*, but it's going to be a huge turnoff and make it genuinely difficult to read for a large chunk of your potential audience. Because of the gigantic font on Inkitt's site, it's at least manageable, but your book probably isn't going to be like that. This would take almost no effort to fix, so I considered it worthwhile to mention.~~~~~~~~~~~~~~~~

And that about wraps things up. If you need further assistance, holler at your boy. I'd even be up for editing your book, assuming I was compensated for it, but otherwise I must bid you adieu.