I'm an aspiring writer looking to have my stories receive feedback and hopefully take the next step to publishing. 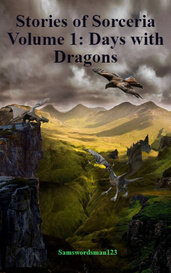 Years before the birth of Eric Yagaro, many heroes came and went during the Thousand Year War with the Demorians in the World of Sorceria. In this First Volume of Stories of Sorceria we will see th... 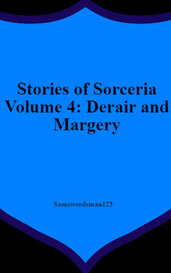 The fourth volume in the stories of Sorceria series which takes place before the Third Red (reading that story is optional, but not required). This story tells the story of Eric Yagaro's parents, D... 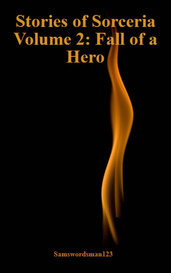 Stories of Sorceria Volume 2: Fall of a Hero

Years before the birth of Eric Yagaro, many heroes came and went during the Thousand Year War with the Demorians in the World of Sorceria. In this second volume, a young Beast Sorcerer named Lixon ... 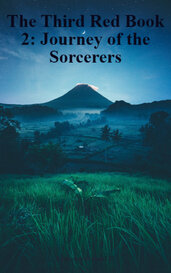 The Third Red Book 2: Journey of the Sorcerers

Book 2 of the Third Red Series. As war brews, Eric Yagaro and his friends must leave to strengthen themselves. They journey across the world of Sorceria to Great Moon Island. But even there they wi... 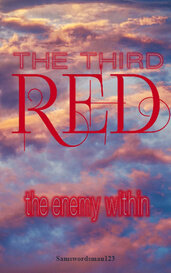 The Third Red 1: The Enemy Within

The first book of the third red series. In the magical world of Sorceria, war wages as the evil Demorians seek to conquer the Sorcerer Kingdom and subjugate them under the rule of vile demons. Only... 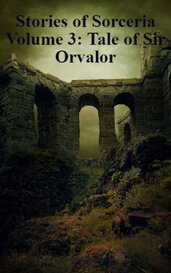 Years before the birth of Eric Yagaro, many heroes came and went during the Thousand Year War with the Demorians in the World of Sorceria. In this Third Volume, the tale of Sir Orvalor Presteeg who...

Okay. A decent story. Maybe not the best of the best but pretty good nonetheless. I felt maybe more intimacy could work. There was also the issue of the parents not being capitalized and a paragraph split in two at one point. But hey we all have things to work on. Hope you'll read my stories at some point. They're all connected.

My Review At Last

Okay, finally near the end. I'm gonna guess it will be the epilogue next time where they have children. So Dark Realm, great story. A few surprises like Aritha falling in love with Kevin which I didn't think possible at first with her attitude. Then her being the traitor. All in all a great story in my opinion, just the little issue with the quotes being grammatically incorrect often with periods instead of commas before said. Still good. Look forward to the last chapter.

Okay. I'm the first reviewer. Well, I'll try and be specific as possible, and honest. This was a long first chapter, don't know the exact word count but I can tell its long. I can say this at least, it leaves a lot to be desired. But I hope to help you improve in time. Reading it the first time, I definitely feel clouded, and have trouble understanding it at times. I can only hope this will improve if I come back later. I just got up at 4:30 am since I couldn't get back to sleep so that might have an effect as well on my ability to think. Anyway, things I noticed.

Spelling and other mistakes that I spotted.
1. that life would be snatched form him. Replace form with from
2. Older now, ten now. Repetitive.

3. He had continued to brush of the top of his drawers. Off not of.
Robert surrendered to his urge, no longer fighting it. Take out as he
5. Prayed not preyed (at the end )

Story: I like the precipice, two brothers, one healthy, one sick, live with a woman who seems to favor the sick one and abuses the healthy one. Though the paragraph structure is somewhat... what's a good word? Eh I'll just say random. Some paragraphs seem to be excessively large, and should be split up into multiple smaller paragraphs, it also feels like this one big chapter could be split up into two or even three or four smaller chapters. I'm also not sure about the numbers that appear every so often. What are they? Chapters? Yet this is listed as the first chapter.

Characters: Thomas, Mrs. Allaband and Robert. Based on what I've seen so far from the characters thoughts and actions, Thomas is the sick one who is ten years old, yet he does at one point use the word fuck. He lives in a hard life thanks to a condition of some sort. His mother Mrs. Allaband (unless I'm confused on the identity) seems to dote on him but also abuses his brother Robert. Robert meanwhile is shown to hate himself and view himself as the cause of Thomas's problems thanks to the abuse. And then there is the malevolent entity that appears near the end which I don't know much about yet.

Well, this is only my first time reading the chapter or chapters here. I like the general idea but feel as though there is a fog over things, making it obscure. For the characters I'll offer you a tip I got from an editor a few months ago. Work with them in three dimensions, who they are on the surface, their backstory, and choices.
Example: For Thomas, on the surface we have a sick boy who wishes for death, he's sick with some disease that is making life hard for him under a mother that dotes on him but abuses his brother. He remarks in his thoughts to hate his brother though it is hidden, and he even hugs or kisses his brother.

So, there is much room for improvement, and I hope I give you some things to think about with this review. Overall like the idea, the characters aren't bad but could be expanded on or made clearer. But the paragraph structure is rather terrible and needs to be more split up, I think. Just a few grammar errors that I saw. Not terrible overall but definitely room for improvement.

Alright good story. Not my usual type of science fiction but good nonetheless. No major problems and I like it alright.

Well I certainly like the plot about all this and don't remember finding anything to complain about. Except for why dionycus was suddenly not wanting her out of apparently nowhere. Still good though.

Well I finally made it to the spot where you left off. So far I think it's a very good story. At times it's a little confusing though that might just be me. Maybe I should go back and reread it will be clearer. Just a couple grammar things once or twice that I recall. Very good though and I can't wait to see what happens next.

Well it was short but good. Caught me by surprise when the little girl apparently killed the wolf. Might have skimmed past the part so wasn't sure. But I like the idea for sure.

Sam's Review up to now.

I like the general idea ver much. The plot is great I think, a young woman who likes to sword fight is being forced to marry by her father who seems rather overbearing. A few commas in dialogue are missing so a point off grammar for that. I think it is a good story, I enjoy it. Maybe not perfect but very good nonetheless so 4/5.